Gavin Walton, a popular member of the classic motorcycle community in South Africa, notched up his second win in the prestigious DJ Rally for classic motorcycles made before 1937 when he won the 2017 event, over March 10/11. 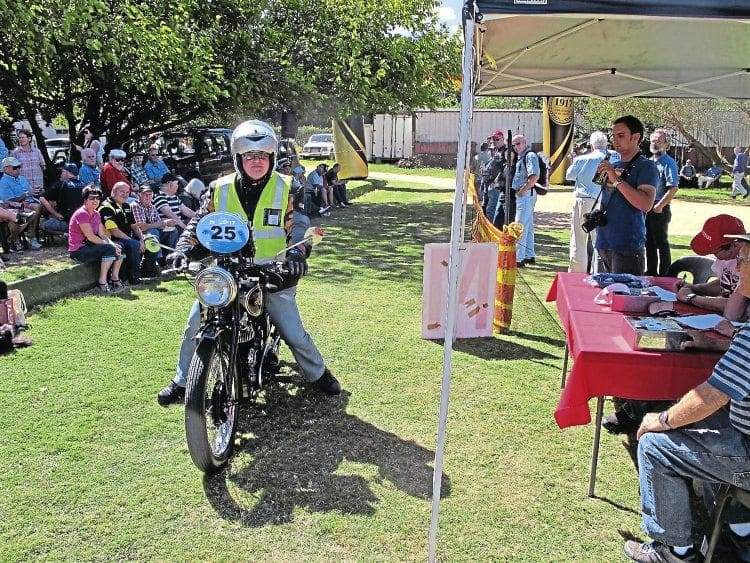 He had a total error of 220 seconds for the two-day event which took competitors from Durban to Johannesburg with an overnight stop in Newcastle.

This was the 46th running of this regularity rally which commemorates the annual motorcycle races held on public roads between Durban and Johannesburg from 1913 to 1936.

This year there were 70 finishers from an original field of 93 riders. This year the riders had favourable weather for most of the trip, with only one slight shower encountered, after a heavy downpour in Durban on the day before the start.

The fathers of two MotoGP riders, Derek Crutchlow (father of Cal, who races in MotoGP on a Honda) and Trevor Binder (father of Brad, the 2016 Moto3 world champion on a KTM) both qualified as finishers, placing 51st and 55th respectively.

Read more News and Features in the May issue of TCM – on sale now!