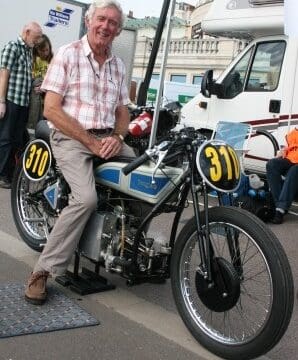 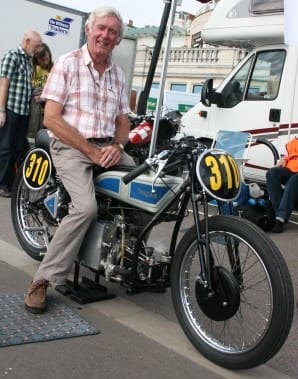 Long-time campaigner Mervyn Stratford continued to wring amazing performances from his 1934 Rudge 250. The 350 class saw some interesting battles between Ducatis and Gold Stars.

John Warwick and his 1958 500 Gold Star frequently put it across the Manxes and G50s as well as the bigger twins. Rob Walker was another to use a pushrod engine to good effect with his 675cc Velocette Venom.

Unfortunately, the Old Bike Mart Championship suffered sadly depleted grids. and the Moss family had little opposition as they shared victories on the 1934 Scott Flying Squirrel.

Bill and Maggie Tuer (1932 Morgan) had it all their way after the gearbox packed up on the Sid Ormrod/Sheelagh Neal Berkeley. Dave Aungier/Jonno Borrington headed all four of the twin-cylinder sidecar races.