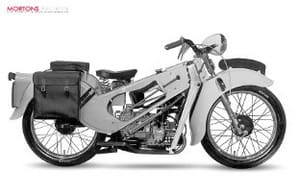 With a production run of 23 years, it’s hard to say that Veloce Ltd’s ‘Little Engine’ machines were not a success but an initial outlay in excess of £100,000 in plant, machinery and tooling, immediately after WWII, was a colossal sum of money, which failed to bring the returns hoped for and as such arguably did irreparable damage to the company.

Eugene Goodman realised that his traditional machines did not lend themselves to mass production and felt that, inspired by the Model T Ford production methods, a machine whose components could be automatically manufactured to a fine tolerance and assembled by the minimum of hands, was the way forward.

The design principles were laid down initially by none other than Phil Irving, the man behind the mighty Vincent, but while recuperating from an appendectomy, Charles Udall developed and adapted these further and by the latter stages of the war, the Little Engine prototype was ready. With excellent weather protection, light weight and very quiet running, its luggage carrying capacity, shaft-drive, a hand starter and hand-change gears to prevent damage to shoes, Goodman anticipated that demand for the LE would keep the works fully employed, turning out 300 plus per week and the cessation of manufacture of single cylinder models. 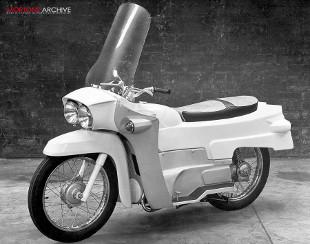 Unfortunately, Veloce missed the boat. By not managing to get the LE into production until 1948, the imported scooter had gained a foothold it never relinquished. The LE did not appeal to the younger element either. What’s more, customer machines proved troublesome, internal condensation and its resultant damage to bearings etc being a particular problem.

Poor sales resulted in low output figures, which in turn meant that the unit price could not be brought down to the competitive price envisaged initially. The only answer was to upgrade the machine to suit the price – enter the Mk2 in 1950.

A further upgrade came a few years later, with four speeds and kick-start, and this was adopted by no less than 50 police forces in the UK alone with ‘village bobbies’ and urban beats all being issued accordingly.

The LE has at least the dubious distinction of being Britain’s last production side valve, when manufacture ceased in 1971. 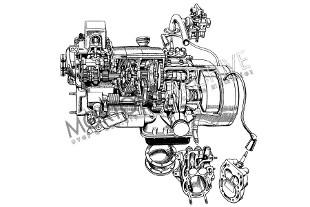 They proved expensive and less than 1600 were built. Available in black or green.

The Vogue was built between 1963 to 1968. It used the same engine, transmission, wheels, forks etc as the LE Mk3 but had a completely new steel spine frame and was fitted with all enclosing glass fibre bodywork by Mitchenall Brothers (Avon fairings), with twin headlamps, screen and optional indicators and matching panniers. It was heavier and therefore slower than the stock LE. First frame number was 101/37 to 481/37, engine numbers 5606/3 to 8651/3, 381 made. Colours two tone beige with light or dark blue.