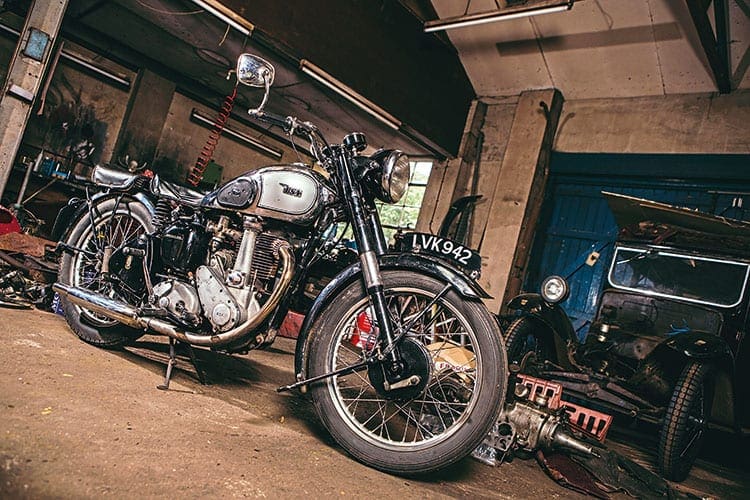 BSA came out fighting as the war ended in 1945, announcing in August a thoroughly modern 350cc ohv single.

The B31 derived from the former wartime prototype WD B30, but from the start it wore Small Heath’s new telescopic forks, designed by Val Page and BSA’s Herbert Perkins, to be produced on redundant gun-making machinery. Modified for more progressive damping late in 1946, though retaining a characteristic clang when they topped out, these forks proved second only to Norton’s Roadholders. They were sought-after for competition specials like the early Rickmans, and were still in production over two decades later.

The iron-engined B31 was announced as a sports road model, and neither it nor its B33 500cc sibling, offered from January 1947, at that stage had frames incorporating side-car lugs. Both would soon be joined by the Competition (Trials) B32 and B34, with alloy heads and barrels, and after that, by several variants of the great Gold Star all-rounders. The cooking B31 and B33 developed a reputation as roadsters of extreme rugged reliability – though it was the smaller machine which was to be by far the best seller.

Read more News and Features in the October issue of TCM – on sale now!