In a rare coming together, the MV Agusta on which Surtees took the 1956 500cc world championship crown, and the Ferrari that he drove to the 1964 Formula 1 title, will both be side-by-side in the main hall of Staffordshire County Showground as the man himself is welcomed to the event as special guest of honour.

2014 marks 50 years since Surtees became the first, and only, winner of world championships in both motorcycle and car disciplines and the Stafford show will be one of the few times since then that both machines have been in the same place with Surtees, who turns 80 in February, alongside. 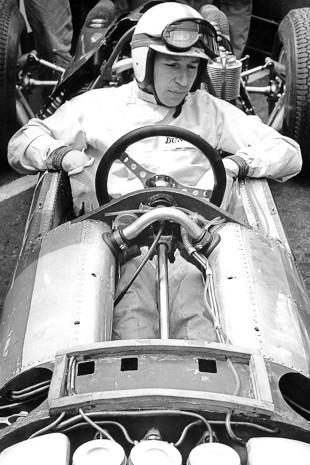 “What he achieved on two wheels and four is remarkable.

“A real master of machinery, it’s a great honour that he’s chosen to come to Stafford and grace us with his presence.

“It’ll be fascinating to hear him talk about his wide ranging experiences; he’s the only man in the world who was employed by both Enzo Ferrari and Count Agusta, as well as being Mike Hailwood’s boss!”

Advance tickets are now on sale and can be purchased at www.classicbikeshows.com.