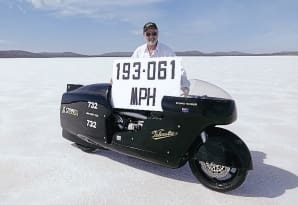 This fuel consumption became problematic on the next run, eventually drowning the engine; a fuel flow problem was identified.