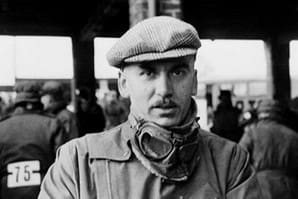 Stunning motorcycles aside, the new Ariel spring frame will prove a show stopper. Offered optionally across the range, except the Model OH and OG 250s, this simple but efficient spring frame will be supplied to customer demand for an additional £10 on the price of the rigid models.

The Ariel design team, led by Frank Anstey, have developed an ideal frame, which offers vastly improved comfort and roadholding. Features of the design include minimal unsprung weight, wear or working parts being virtually eliminated, secure lateral rigidity and the final drive chain tension remains constant through the entire suspension travel of the rear wheel.

Although the plunger suspension system is not that dissimilar to rival concepts, Frank Anstey’s team has incorporated pivoted links enabling the rear wheel to move in an arc and therefore maintain the constant chain tension. The design became known as the Anstey Link rear suspension. Another novel feature on display for the first time is the tapered handlebar. Its middle section mounted to the Ariel rubber mounts measures one inch in diameter and from this point the handlebars taper to 7⁄8inch to accommodate small diameter grips.

Brough and Co of Nottingham unveiled its new 500cc inline flat twin and Villiers & Co of Wolverhampton had offered its new ioe 349cc engine housed in a standard rolling chassis for testing.

Villiers & Co has just announced the 249cc cylinder 4T engine is available in motorcycle form – since launch in March it has been on offer for light car applications only.