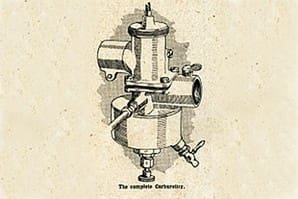 On Saturday, August 3, 18 competitors for the First English-Dutch International Reliability Trial plus reserves, assistants, photographers and reporters watched anxiously at Harwich as their machines were swung by crane into the hold of the Copenhagen for the sea crossing to the Hook.

During the afternoon riders stopped for time checks at De Steeg and De Grebbe where the riders were tested on a hill climb – but its 14:1 gradient didn’t trouble the British boys.

In the final miles, Smith changed a punctured wheel in double quick time, Barnes also punctured but only stopped to remove the cover before finishing on the rim. After the 158 mile trial the Dutch were accorded the first victory. However, all enjoyed the experience, with many leading riders earning silver awards for clean sheets and a day later all could relive the trial on cinematograph at the Amsterdam Cinema Pathe.