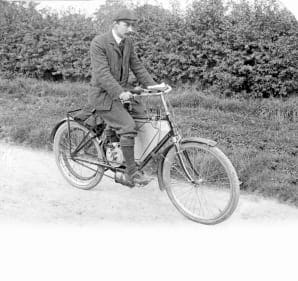 Modern literature often relates the decline of the British and continental motorcycle industry in the 1950s and 1960s. Arguably the rot set in before the First World War.

The story of the Ormonde
With the explosion of cycling during the late Victorian and early Edwardian days, leading to huge businesses yielding gargantuan profits, it is not surprising that many entrepreneurs quickly latched onto motorcycling from the outset as another engineering adventure.

Unfortunately, many ‘chancers’ saw the potential for another cash cow.

From the outset of motorcycling – initially viewed as a leisure pursuit rather than a means of reliable transport – in the backyards of major cities across Europe and beyond, cycle shops, redundant farmyard buildings, corners of large cycle factories and countless other premises, there were visionaries creating their first motorcycles.