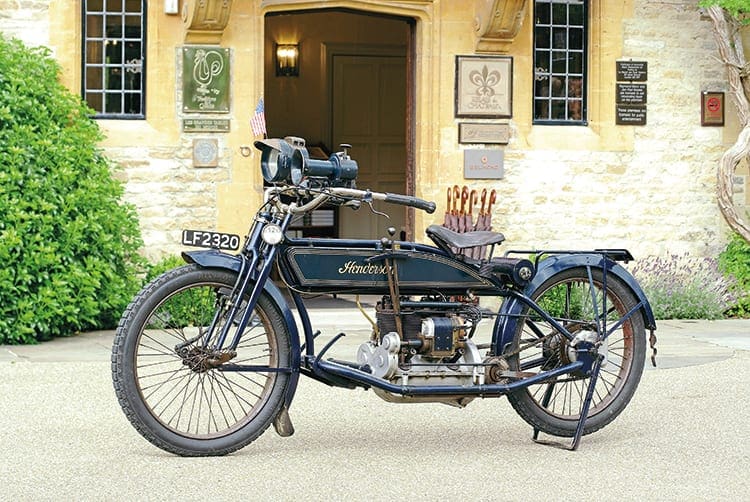 Although beaten to the honour of creating America’s first four-cylinder motorcycle by the Pierce Four introduced in 1909, when Scottish-born brothers William G and Thomas W Henderson founded the Henderson Motorcycle Co. in Detroit, Michigan in 1911, their aim was to manufacture a luxurious, reliable four-cylinder machine that was substantially better than anything else available. While Tom Henderson was a financial whizz, brother Bill proved to be one of the finest engineers in the USA’s early days of motorcycle R&D. The luxuriousness and quality of his designs outranked anything yet made by a European manufacturer, resulting in the company’s products being christened as ‘two-wheeled Cadillacs’.

After building a single prototype in 1911 with belt final drive, in January 1912 Henderson Motorcycle Co. began manufacture of 25 examples of its first Model B Four for public sale, powered by a 934cc/57ci inline engine with mechanically-operated i.o.e. (inlet-over-exhaust) valves and chain final drive, and while it had just a single-speed transmission it did have a clutch – an uncommon feature on bikes of that era. Costing $325, the new Henderson Four retailed for $75 less than its Pierce rival, whose demise it surely hastened.