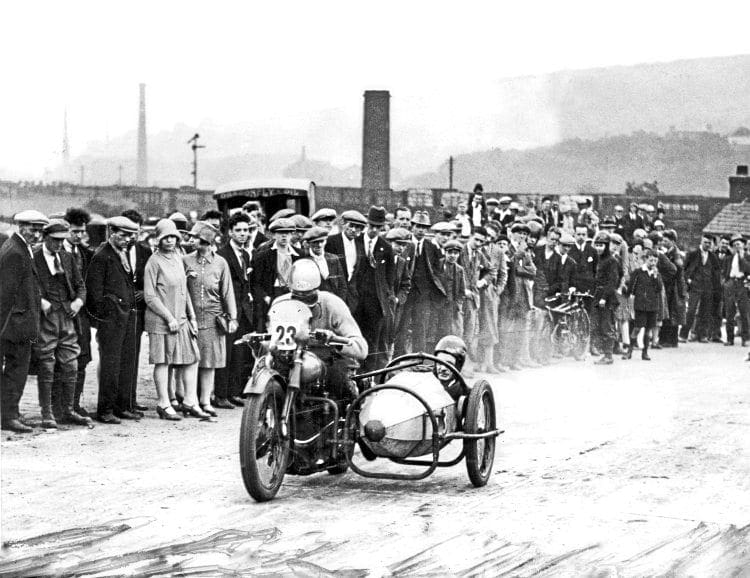 On last month’s news pages, we used a picture from the Brooklands Then and Now show, of a pair of Brough Superior SS100s, one of which was finished in a striking lilac-and-nickel finish. This was (and is) the Cunliffe Brough.

Seeing the machine prompted some searching in the Mortons Archive for a picture of the Brough in period, which brought up the photograph, left, taken at Stalybridge Speed Trials in August 1927.

On the day Cunliffe was there or thereabouts in the awards lists, but didn’t win the solo classes, though with the sidecar attached he clocked the winning time in the Novice 1000cc category, which is the picture shown.

He also was runner up in the standing-start 1000cc class (losing out to Ernie Searle’s 588cc Norton) and it was the same order in the flying start class too.