This month's contents includes…
• Lansdowne round-up
• Richard Adams interview
• Men who mattered: Ernest Marples
Ernest Marples was the Minister of Transport who presided over the introduction of the 250cc learner law, as well as other important legislation, though he ended his days mired in controversy – and exile.
• For various budgets – sidecar haulers
• Classic advert
• Subscribe and save
• Jerry Thurston column
• Archive photograph 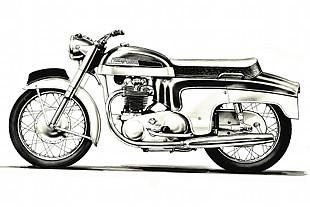 rton Featherbed twins
The road-going Featherbed framed Norton twins; should it be they that are considered the ‘quintessential’ British twin, rather than the ubiquitous Triumph Bonnie and BSA A10s which generally spring most readily to mind?
• Roy Poynting Column
• BSA B31
• Bianchi – company history and ‘Blue Arrow’
In the first half of the 20th century, Bianchi was among Italy’s biggest transport providers.
• Readers restoration:Triumph Speed Twin
• Straight from the plate – AMC lightweights 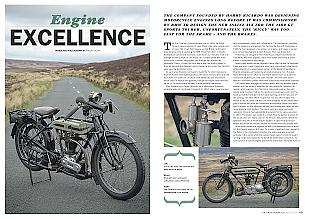 • Triumph Ricardo
The company founded by Harry Ricardo was designing motorcycle engines long before it was commissioned by BMW to design the new inline six for the 1600 GT sports tourer. Unfortunately, the ‘Riccy’ was too fast for the frame – and the brakes.
• Seen from the saddle
• St Stephen’s motorcycle museum
• Restoration guide – Ducati singles 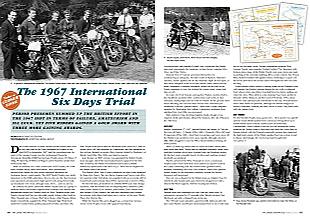 • Closer Look – the 1967 ISDT
Period pressmen summed up the British effort in the 1967 ISDT in terms of failure, amateurism and ill luck. Yet five riders gained a gold award with three more gaining awards.
• You were asking
• Parts interchangeability – bearings
• Technical feature – re-facing valve seats
A gas tight valve-to-valve seat seal is and always has been the goal of every four-stroke engine technician. This feature looks at how the local workshop approached the job half a century ago, using equipment which still surfaces at autojumbles and auctions.
• Next month
• Diary
• Classic camera

? Search for back issues and past features
? Subscribe to The Classic Motorcycle
? Interested in free bike photos? See this story