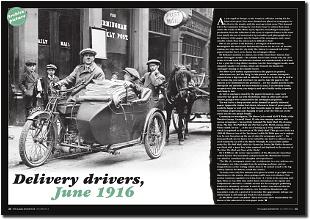 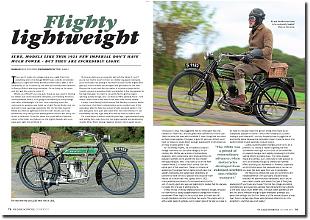 • New Imperial Light Tourist
Sure, models like this 1921 New Imperial don’t have much power – but they are incredibly light
• Restoration Guide – Vincent Comet
• Closer Look – the 1952 show
• You were asking
• Parts interchangeability – parts bin specials
• Technical feature – gearboxes, part two
One of the mysteries of modern life is how can all the pinions, shafts, striker forks and odds be fitted into seemingly small gearbox shells? In reality, no magic wand is needed – just order
• Next month
• Diary
• Classic Camera
US-based ‘Motorcycle tailor’ Ross Langlitz (doing his best Clark Gable impression!) poses on his 1947 Velocette KSS, with the model probably, at most, a year or two old

? Search for back issues and past features
? Subscribe to The Classic Motorcycle