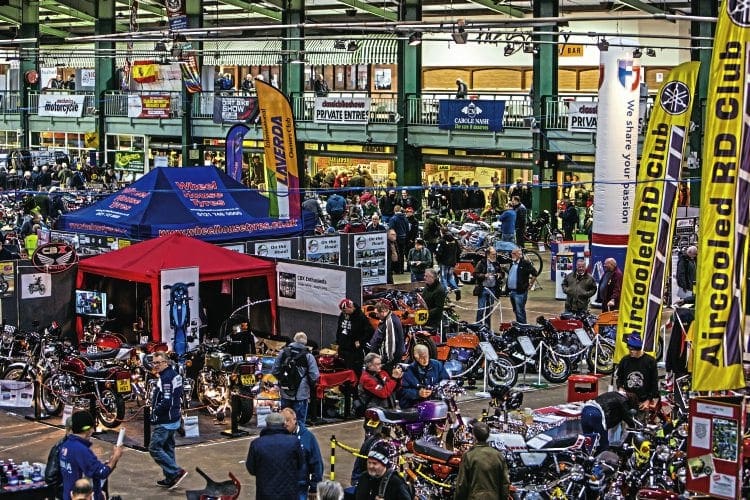 Although the October Stafford show is sponsored by and billed the Classic Motorcycle Mechanics show, so aimed predominantly at motorcycles from the 1970s to the 1990s made in Japan, there are still plenty of gems from different eras to be found. None more so, than on the main Mortons stand, where the Bimota MV displayed by Alessandro Altinier was, simply, one of the most stunning motorcycles I’ve ever seen at Stafford. We were able to conduct a photoshoot with it on Saturday night, after everyone had left the showground, while I endeavoured to find out more about it too – hence the feature on page 18 of this issue.

There were plenty of other stunning machines and some noteworthy restorations. The aforementioned Sheene machines (brought in from Australia) were a coup, while Heidi Cockerton/Andy Baldwin team had another stunner on display, in the shape of their 1965 Suzuki K11T, which duly claimed the best in show award. Attention to detail on the 80cc two-stroke was staggering, while the level off research undertaken was a testament to the restorer’s overwhelming desire to make sure every detail was absolutely correct. Basically, the machine came into the UK at the time when AMC was the Suzuki importer; it left Japan as a roadster and then was converted to ‘trials’ spec in the UK. In-depth research means the UK/Japan collaboration is back to how it was sold.