Panther wanted a range-topper for its pre-Second World War line-up, and came up with this half-litre contender.

Finances must have been tight in 1937 for Phelon & Moore Ltd of Cleckheaton, Yorkshire, because the makers of Panther motorcycles couldn’t afford a stand at the biggest event of the year – the Earls Court Show in London – even if they wanted to. What is more, the range had been slashed to only four models for the 1938 season: the 250cc Model 20 and 350cc Model 30 Red Panthers, and the 350cc Model 85 and 600cc Model 100 Redwing Panthers. 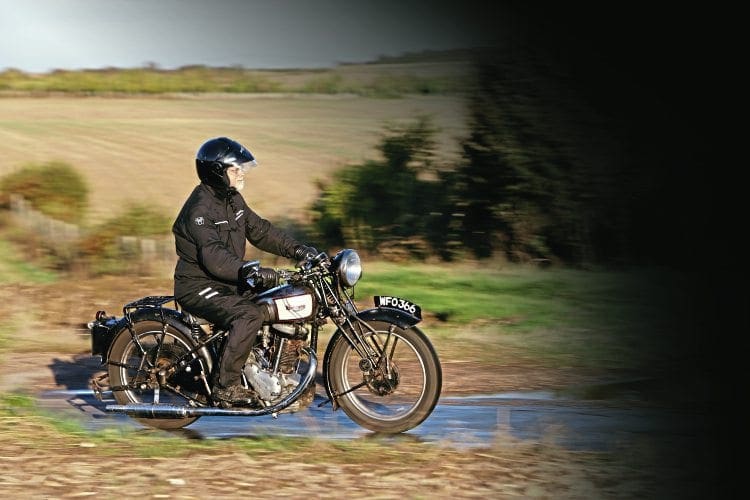 Sold exclusively through London agent Pride and Clarke, the three-speed Red Panthers were as cheap as chips but they were solid, dependable motorcycles. The four-speed Model 85 Redwing was a tuned version of the Model 30 with highly polished twin exhaust ports. Its engine would rev freely to deliver a top speed of 75mph and acceleration that could surprise owners of more expensive bikes. While the Model 100 used the famous Sloper engine which doubled as a front downtube for the frame, the lightweights had a conventional diamond frame with a single front downtube. As a nod to classic Panther styling, the cylinder of the smaller bikes was inclined forward.

The heavyweight Model 100 was the Practical Panther, which enjoyed a well-earned reputation as a sidecar hauler. P&M realised that many riders preferred a 500 for solo use and although they would fit a smaller Sloper engine in the Model 100 if they were asked to, it was obvious that there was a big hole in the Panther line-up. They needed a lighter 500 with a bit of sporting sparkle to go up against the Ariel Red Hunter, AJS Silver Streak and Norton ES2, but they were working on it. And in January 1938 the men from Cleckheaton sprung their surprise – the Model 95 Redwing.

At first glance it looked like the 95 Redwing engine was simply a bigger version of the 85. But although both used the same basic crankcase castings there was more to it than a change of bore and stroke, which was up from 71x88mm to 79.6x100mm. The cylinder on the 350 had a square base flange with holes for four crankcase studs, while the 500’s barrel had a circular base which was deeply spigoted into the crankcase mouth and secured by eight studs and nuts. Six bolts – one more than on the smaller engine – attached the cylinder head to the barrel.