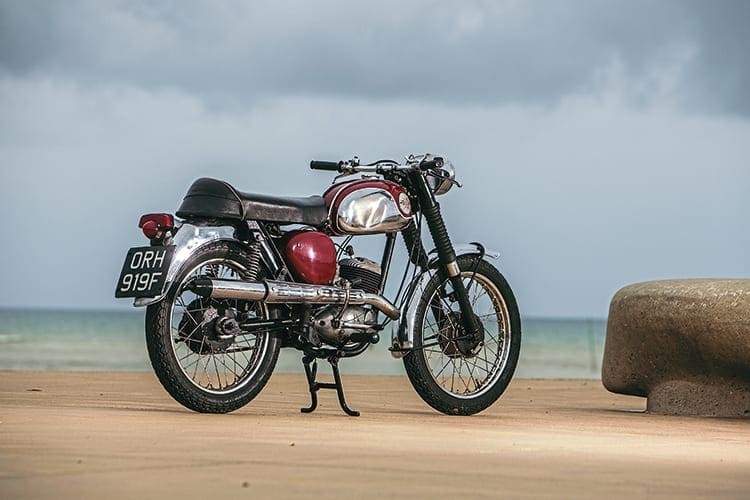 Park a Bantam of any age in any British town and I’d wager you’ll not stand there long before you’re approached by someone who: “…rode to work on one of those…” or for whom “…it was my first bike…” The opening gambit is usually followed by a brief outline of what said person went on to ride next, and then how the partner and family came along and two wheels had to be replaced by four. But it’s quite a feat for such a humble machine to still ‘stop traffic’ all these years later.

Thinking about it, it’s not that surprising that so many people remember the plucky little Beesa, as it was around for so long – by the time the covers came off the D14/4 Sports in 1968, the Bantam was in its 20th year.

Read more in the March issue of TCM – on sale now!