Judging motorcycle classics seems to get harder every year as the standard of the restored products, typically, is better than left the factory production line during manufacture. We thank every exhibitor who displayed a bike at Bristol, because there were many superb machines on display.

The Bristol Best in Show award went to Rodney Hann's 546cc Husqvarna 180. Rodney carried out a full restoration between 2002-04. The frame, V-twin engine and gearbox are Husqvarna's own manufacture. Husqvarna is one of the oldest motorcycle manufacturers, as it started making motorcycles in 1903.

All the Best in Show winners are put forward into the Classic Bikers Club Bike of the Year 2013 competition, so Rodney's 546cc Husqvarna 180 will join Dave Orritt's Kawasaki Z1 from last October's Stafford Show and Ray Bourne's 1972 Kawasaki H2A, which was Best in Show at last month's Newark show. 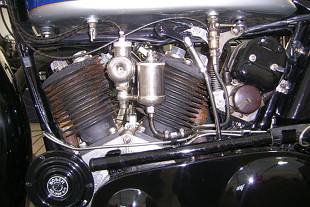 The trophies will be presented on stage this afternoon at 16.00, and we'll upload a winners image gallery. 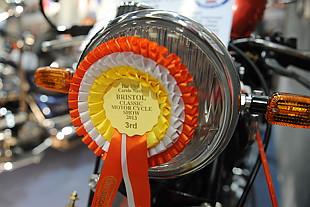 Directions
The showground is easily accessible from the M5 and is situated along the A371 Castle Cary – Shepton Mallet road. We are approximately 25 miles from Bristol and 20 miles from Bath. Full address is The Bath and West Showground, Shepton Mallet, Somerset, BA4 6QN