A motorcycle-mad pair of TV engineering detectives are on the hunt for forgotten and hidden treasures tucked away in the sheds of Britain. 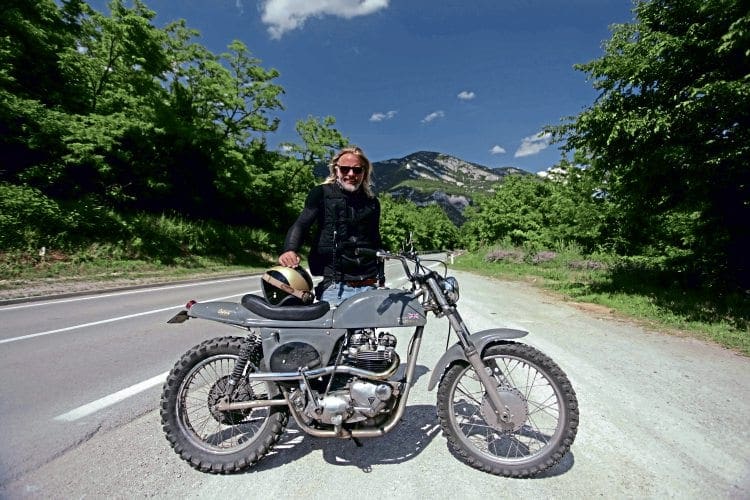 Travel Channel presenters Henry Cole (above) and Sam Lovegrove are about to film their next series which sees them rifling through the lock-ups and sheds of the UK. In previous series they’ve unearthed all sorts of classic motorcycles and vehicles, as well as the occasional stationary engine and tractors… a host of hidden gems that have been covered up or forgotten for years.

Their programme, Shed and Buried, is Travel Channel’s top-rated show. Once they have made a deal for an item they return to their own shed to restore it and often have a bit of fun with it, before selling it on at a price that will hopefully make a profit. As both Henry and Sam are motorcycle-mad – Henry is the presenter of The Motorbike Show and World’s Greatest Motorcycle Rides, while Sam is a Brough Superior designer and engineer who can fix almost anything – the show often features motorcycles, but in actual fact they’ll buy almost anything.

If you want Henry and Sam to pay you a visit then all you need is a shed or two full of anything interesting… just make sure something is for sale.

Read more News and Features in January’s issue of TCM