At its November 15 sale at Donington, H&H sold a Series A HRD Rapide, recently discovered among a job-lot collection in Japan, to a British buyer bidding on the phone for £267,696, just short of the £275,000 world record. 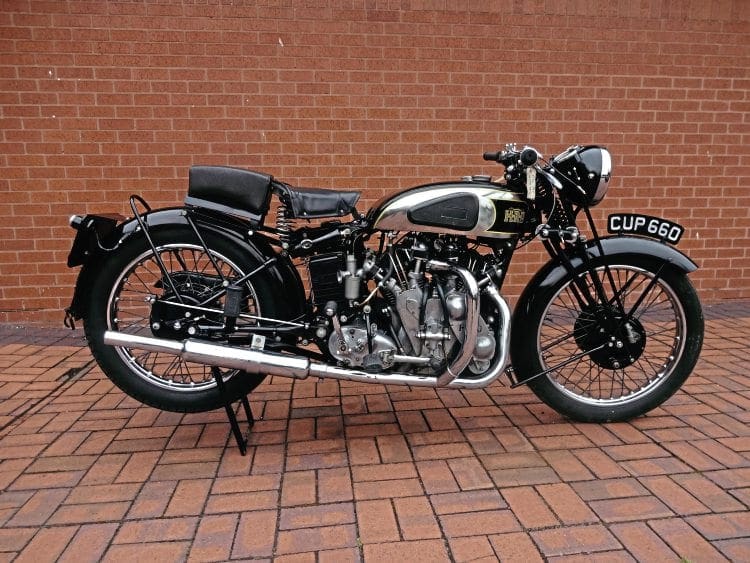 The rare survivor had been carefully stored in recent years and not only do the frame and engine numbers match but even the gearbox, oil pump and magneto numbers still conform to those on the original works order sheet, as does the colour of the tank.

It was sold by Verralls in 1993 to Japan, where it has remained in a private collection until discovered by the present owner and recently returned to the UK.

Read more news and features in January’s issue of TCM