John Surtees, who is also unique in having won world championships on both two and four wheels, will be at the 34th Carole Nash International Classic MotorCycle Show at Staffordshire County Showground alongside his unusually painted Ferrari 158.

The car’s original Rosso corsa colour scheme was painted over in American NART team livery for two races only during the 1964 World Championship on the orders of Enzo Ferrari. It was a protest move after the fiery company boss fell out with the Italian racing authorities.

Also on display at the show will be the MV Agusta 500 GP on which Surtees won the 1956 Motorcycle Grand Prix and his 1955 Norton Model F.

Unrivalled in his achievements, Surtees was crowned as BBC Sport’s Personality of the Year in 1959 and has since been awarded both an MBE and an OBE.

In 2013, he was also named as the recipient of the Seagrave Trophy, awarded to British nationals who are deemed to have accomplished the most outstanding demonstration of the possibilities of transport by land, sea, air or water. He joins pivotal figures such as Malcolm Campbell, Stirling Moss, Geoff Duke, Mike Hailwood, Barry Sheene, Colin McRae and Richard Branson.

Later this year, Surtees will release a photographic memoir of his life as he celebrates both his 80th birthday and the 50th anniversary of the triumphant moment when he became the first, and only, man to conquer the world both on bikes and in cars. Surtees’ appearance at Stafford will kick-start a year of events marking his phenomenal career. 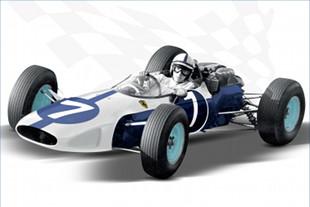 He will also be raising funds for and awareness of the Henry Surtees Foundation, the charity he set up following the tragic death of his son following an accident at a Formula Two race in 2009.

James Robinson, editor of The Classic MotorCycle magazine and spokesman for the Stafford show said: “What John achieved in both bike and car disciplines is remarkable. He is a real master of machinery and it’s a great honour that he’s chosen to come to Stafford.

“We are all delighted to be able to share some of the incredible work done by the Henry Surtees Foundation with the event’s visitors, as well as showcase a man, a career and three machines that we believe to be among the finest – if not the finest – that have ever graced the world of motor racing.

“It’ll be fascinating to hear him talk about his wide ranging experiences; surely he’s the only man in the world who was employed by both Count Agusta and Enzo Ferrari, as well as being Mike Hailwood’s boss!”

The Carole Nash International Classic MotorCycle Show is one of the flagship events of the classic motorcycling calendar, and with John Surtees in attendance, April 26-27, 2014, is set to be just that little bit more special.

Those wanting to attend can enter the Staffordshire County Showground on both days from 9am, with a one day adult ticket priced at £13.

Surtees will be on stage at various times throughout the weekend as he’s interviewed by ex-TT winner and TV personality Steve Plater, and he’ll also be taking part in signing sessions, paddock displays and trophy presentations.

James added: “The opportunity to meet one of Britain’s most successful ever sporting stars is one that doesn’t come around all that often, and to see the MV Agusta, Norton and Ferrari that played such a vital role in that success on display, together in one hall next to the man himself, is incredibly rare.

“This is something that any motorcycle enthusiast or motorsport fan simply cannot afford to miss.”