❝Dixon reflected half of what he won from racing he kept, the other half went on his celebrations.❞

Though there are plenty of posed photographs in the Mortons archive, pin-sharp in focus and with the subject looking towards the camera, there’s none better than this one, here reproduced, to capture what was the essence of legendary racer and hell-raiser Freddie Dixon, the original hard-man (in a time of hard-men) of motorcycle racing. 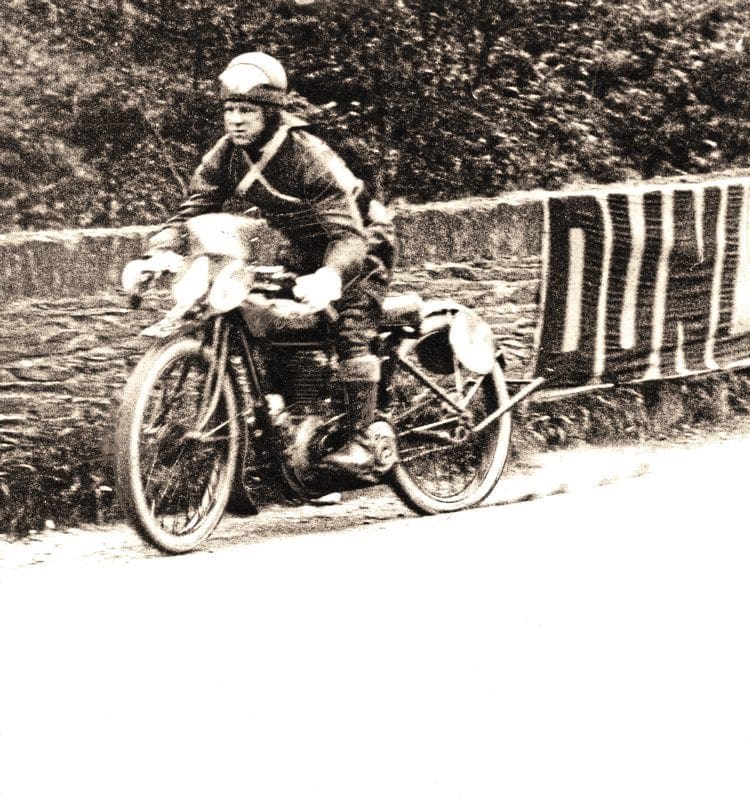 During the 1923 Senior TT and with his single-cylinder Indian bucking on landing, Dixon, as usual not wearing goggles, stands on the footboards (not footrests) of his 500cc side-valve racer, as he races to third place on the American machine. Somewhat ironically, Dixon would’ve preferred to race a Douglas – the machine used by the winner, Tom Sheard.

Born in 1892 in Stockton-on-Tees, Freddie Dixon was the second of eight children. Upon leaving school at 13, he worked for a garage in Stockton, before moving to the firm’s Middlesbrough branch. He acquired his first motorcycle in 1909, started competing successfully in club events and then made his TT bow in 1912, on a locally made Cleveland – not the American make, but one made in Middlesbrough. It ended in retirement.

During the First World War Dixon became a staff sergeant in the Army Service Corps, then after the conflict set up his own business, while continuing with his motorcycling exploits.

Read more in the March issue of TCM – out now!