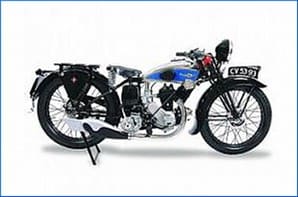 Ace restorer John Guy is well known on the show circuit, for his collection of vintage and post-vintage machines, six of which are SOS two-strokes. Indeed, John is probably the one of the foremost collectors of the Birmingham-built models anywhere in the world with many of the machines having been displayed at events up and down the country.

To find John as the owner of the featured French-built Magnat-Debon, then, was a bit of a surprise. John says simply: “I bought it because it came along!” It has certainly been beautifully finished, with John stating how the internet became his main source of parts, with things coming directly from France. Though a slightly different type of restoration to his usual subjects, the work is indeed first-class – so much so, that at the Bristol Classic MotorCycle show in February 2006, the little four-stroke pipped a host of seemingly more glamorous models to scoop Best in Show. Reflecting on the restoration, John says: “It’s different to my usual ones as I didn’t really have anything to refer to… all I could do was restore what was there the best I could. Since finishing it, a catalogue has to come to light, which shows it to be pretty-much right.” 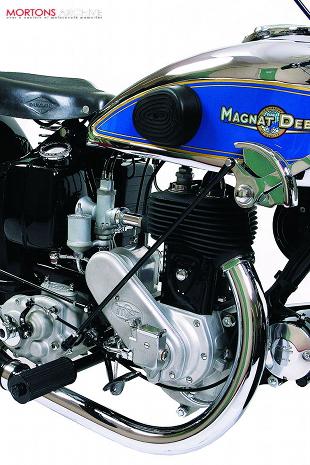 The 250cc side-valve four-stroke was acquired in September 2004 by Fair Oak-based John. Now retired, he began his working life as a boat-builder, also working on hovercrafts and aeroplanes – skills which have seemingly proved useful in his many restorations. John – who passed his motorcycle test in 1955, on an 80 Plus Douglas! – is a long-standing vintage enthusiast, and long-time member of the VMCC.

French company Magnat-Debon was originally formed by Joseph Magnat and Luis Debon in 1893, to make bicycles in Grenoble at the foot of the Alps. A de Dion engine was added to one of their sturdier cycles in 1902, which immediately excelled in competition. For four years, machines were developed and then the company launched an own-engined model in 1906. The French motorcycle industry was struggling though – in 1910, Debon decided there was no future in powered two-wheelers and left the company.

After Debon’s departure, the company name remained the same, with a new partner. Magnat-Debon had established a fine reputation for quality wares, which, although their offerings were not cheap, they were well-made. In 1930, rival makers Terrot bought the firm, going on to make commuters plus some sporting singles. After WWII, production restarted, running through to 1958.