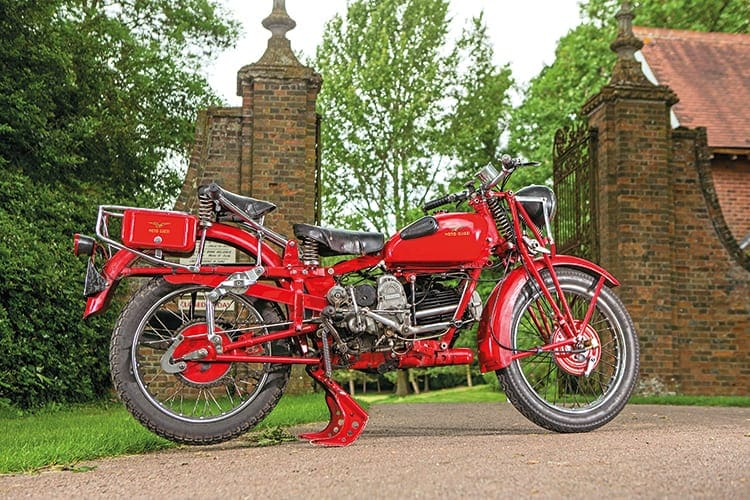 Alongside fast, lithe, racing thoroughbreds, Moto Guzzi could turn its hand to more utilitarian two-wheelers when needed. The Superalce was one of the finest.

As the dark clouds of conflict drew in across Europe for the second time, Moto Guzzi – like most established motorcycle manufacturers – would have to turn its attention to making machines fit for the battlefield.

It would be an easier transition for the Mandello Del Lario team than for most, as by then the factory already had a decades-worth of experience supplying the Italian army. Initially this was with a small batch of modified GT16 road machines, but this would soon morph into a much more superior purpose-built bike – the GT17.

Pressed into active service in 1932 the GT used the familiar 498.4cc, inlet over exhaust, flat single, with gear-driven primary and a three-speed, hand-change gearbox. Both cylinder head and barrel were cast iron; the piston inside flat-topped; the fuel supplied to it via a Dell’Orto MC26F and the gasses expelled through a twin silencer. Nineteen-inch wheels and a spring frame kept it all upright. Maximum power output was 13.2bhp, which would happily push the 196kg GT17 along to a top speed of just over 60mph.

Read more News and Features in the July issue of TCM – on sale now!