Three motorcyclists reach dizzy heights after much correspondence in the Press.

In the April 2, 1931, issue of The Motor Cycle a letter was published, undersigned by three men – P Gjersten, A Peebles and J Byrne. 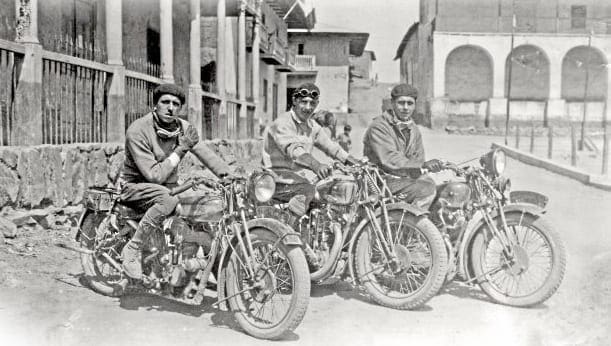 In it they said: “Our attention has been drawn to an advertisement in the Overseas Daily Mail of January 3, 1931, to the effect that the ascent of one of the peaks of the Austrian Alps by Mr Sartorius on a 500cc Ariel, when a height of 9527ft was attained, was claimed as a world’s altitude record for motorcycles.

“We should like to mention as a possible point of interest… we have reached a height of 12,800ft above sea-level on Triumph 500cc side-valve models… The point reached was the ‘Christo Redentor’ statue, marking the borderline between Chile and the Argentine, on the Uspallata pass over the Andes…

“It would be interesting to know if the height has been exceeded by motor cyclists in other parts of the world.”