This last month or so seems to have been as busy as most of the summer ones, as despite the fact we are now officially approaching winter, there have still been plenty of opportunities to get out and about on motorcycles, with several events on the calendar – I’ve been to vintage racing, the Kop Hill Climb, a V-twin rally, a pre-31 run, the Stafford show… and that’s just off the top of my head. It does all feel a bit like something of a whirlwind, sometimes. 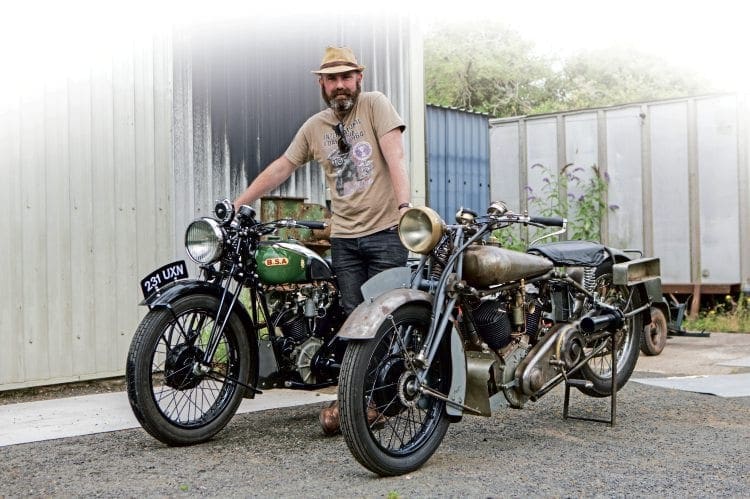 Stafford afforded the usual opportunity to catch up with lots of people, look at superb motorcycles and buy a few bits and pieces, some of which I needed, some not… My highlight of Stafford was the Bimota/MV brought over from Italy by Alessandro Altinier (more on the machine next month; have a look on our next month page on p112 and prepare to be smitten…) which is from a later era than I am generally excited by, but it really was exquisite. Unfortunately, I didn’t have the chance to ride it, but I did have a little sit on it as we moved it about for photos after the show closed on Saturday evening. Wow.

Also in the ‘wow’ category was the Croft-Cameron we featured last month, star of Bonhams’ auction and which is now in the hands of new owners, for only the third time since it was first sold. It’s a wonderful thing and I hope the new owner enjoys it; I believe it will be going overseas for the first time in its life.

Regarding overseas, this month at TCM HQ we also welcomed Velocette enthusiasts Dennis Quinlan from Australia (there’s some interesting stuff on his website www.velobanjogent.blogspot.co.uk) and German Gert Boll to our archive, as they helped us identify and date various material. Among the finds was the picture reproduced on page six of this issue – it has been used before, years ago, but Dennis was able to provide some details and pointers as to where it had originally been published, leading to the story you’ll read accompanying it. Interesting stuff.

Now, hopefully it’s time to start getting plans sorted for next season; already, there’s a raft of fabulous events on the horizon. Some I’ve been to before and am planning to go back to, as well as others I want to try for the first time. There are various stories I’m hoping to try and get researched and written too, so while it’s good to reflect back on what’s gone before, I’m also looking forward to heading into the future with old motorcycles.