Last month, in the You Were Asking pages, Richard Rosenthal dealt with the enquiry from a reader, Terence Worthington, selling two motorcycles, asking whether he could legally enforce a stipulation the motorcycles weren’t restored once they’d been sold. Richard advised that unfortunately such a situation couldn’t be guaranteed, and once something is sold, then the new owner can do with it as they please. 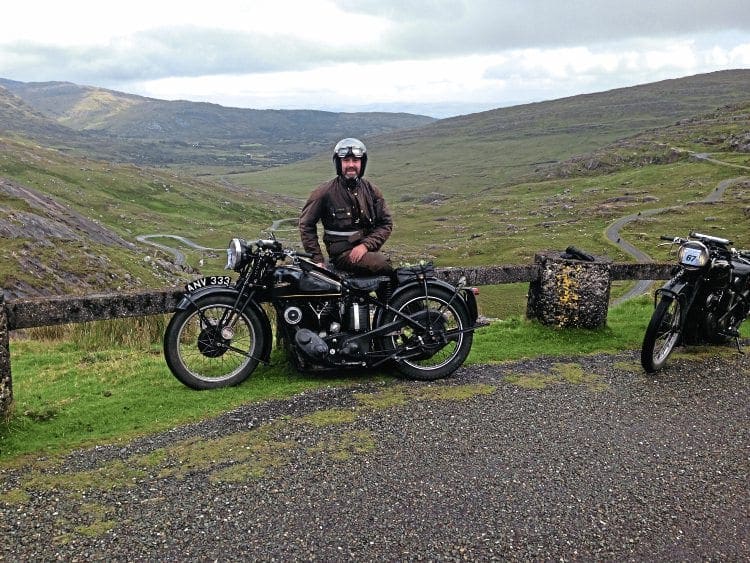 This came to mind over the weekend just gone a few times. The first one was when my brother sent me a couple of pictures of an example of a particular marque I’m interested in, and it was only with a sense of impending horror did I suspect it was a bike I’d been familiar with a few years ago, which was probably the most beautifully patinated, unrestored example extant, now the subject of an amateur-looking half-baked restoration. A former owner confirmed, yes, it was that motorcycle. I though that sort of sacrilege wasn’t happening any more, but clearly it is. Saddest bit personally was a few years ago I was offered the chance to buy it, but couldn’t afford it, and now all that history has gone. What a shame; I think if a decent job had been done it would have been less sad.

At Founders Day, my favourite machine was probably a wonderfully patinated Blackburne-engined job, while other things came to mind as well – for example, a Mk.I KTT I was involved in the restoration of. Basically, this bike would have been lovely if it had been left alone, but someone had started ‘restoration’ by (badly) painting the petrol tank and lining it with tape, doing similar to the oil tank, then chroming various bits, including the exhaust pipe. It all meant that the bike had be done all over, with even the bits that had been ‘done’ (like the tank) needing to be repainted so they were of a suitable standard. The bike turned out lovely, but in many ways, it could have been just as lovely if it had been left alone in the first place.

I did carefully sell a machine a year or two back, having declined to sell it first to someone who was going to strip it, paint it and plate it; he found another, nicely patinated example and did that to it anyway, I believe. Of course, it’s up to everyone to make their own choices, though should it be? Preservation orders for motorcycles anyone?

On a brighter note, have managed to get some good riding in this month, on various events, including a good outing (and soaking) on the oil-boiler Montgomery, and Morini OC trackday on the KTT. Totally contrasting days, but both brilliant, while also I was able to let a guy who is collecting the bits together to build his Mk.I cammy up, a ride on it. He came back grinning, renewing his enthusiasm for the project in hand!