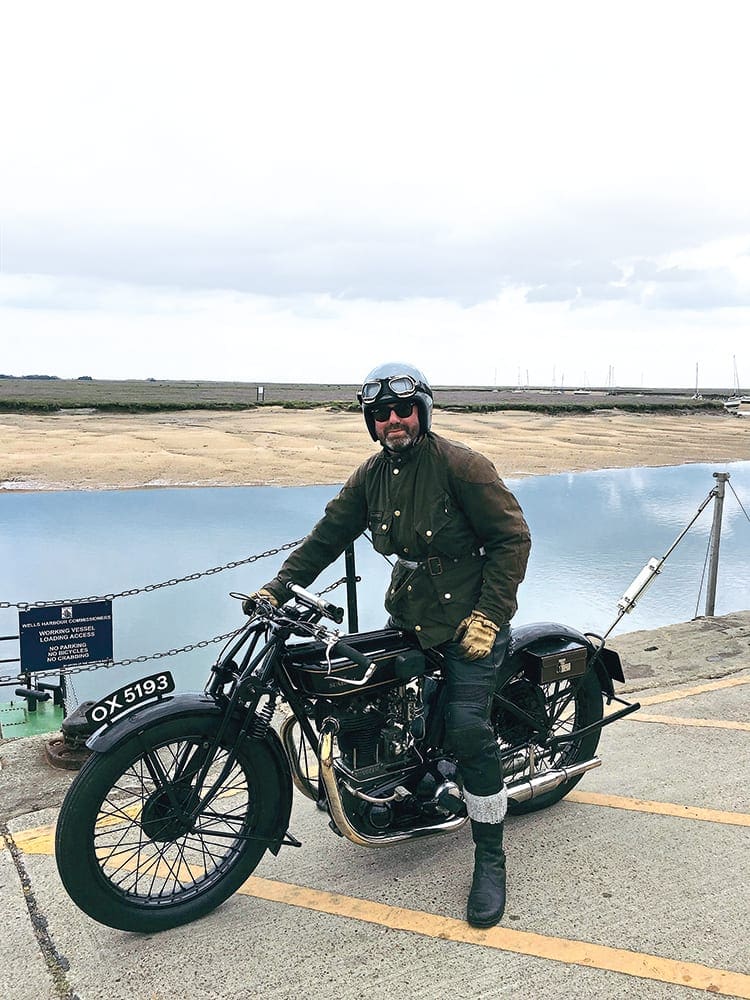 So another month has flown by, in a whirl of events and rides, ranging from the grand scale Donington Classic to lots of local club runs, all the while managing to put plenty of miles on various bikes, including the Model 90 Sunbeam I rode at Banbury and which I’m lucky enough to have been allowed to keep by the National Motorcycle Museum for the duration of summer; it’s a lovely bike and a delight to ride. There’ll be more on it at a later date – it has a fascinating story and Peter Woodward, who restored it years ago before selling it to the museum, has been in touch and we’ll be detailing that in a later issue, too.

During the course of one weekend, I rode a prewar V-twin, cammy 350cc single and the 90, as well as a late-1950s 350cc Ajay belonging to pal Jeff. And though the bikes all ranged in financial value spectacularly, would I have enjoyed myself any less on the Model 16? No, I wouldn’t – in fact, may have even enjoyed it more, as it was the only one of the quartet with rear springing and while I’m a man used to rigid frames and girder forks, crikey, it must have made a huge difference ‘in period’ when sprung frames became universal. It’s not just the physical comfort when riding along but also the feeling of fatigue is so dramatically less on a springer, I feel.

Having read Alan Dignan’s letter (see letters pages of this issue) and his call to try and pull in more enthusiasts to the classic scene, I do think things like the humble 350cc AJS and its ilk have potentially an important part to play. Though the glamour of Vincent V-twins, feisty Sunbeams, cammy Nortons and so on is, for some, the appeal of the old ‘vintage’ motorcycle world, actually, for pure riding pleasure, on country back roads, a 1955-ish British 350cc motorcycle takes some beating. It ticks so many boxes (history, style, practicality, simplicity) and will never fail to raise a smile, both from the saddle and from passers by.

So while we see prices of Broughs, of Vincents, continue to escalate, so the mainstream machines seem to stagnate. Likewise the ‘future classics’ (Honda 400/4 anyone?) everyone has prophesied will be the big hitters don’t really seem to have taken off or caught the imagination. The 1950s 350cc British single (capable of 70 per gallon too) could just be the future.