For no other reason than my own amusement, I’ve been collating a few photographs of some of the motorcycles I’ve been privileged to ride over the years.

There are quite a few, and most were memorable for the right reasons, though some of course weren’t quite so pleasant. But what really set me on this train of thought was Richard Kettle’s letter in this issue (p14), in which he mentions how his Vincent was ‘lovely to ride’ and rightly pointed out that we can get a skewed impression of old machines, as it is so dependent on the life an ‘old bike’ has had and the restoration (or not) it has been the subject of. 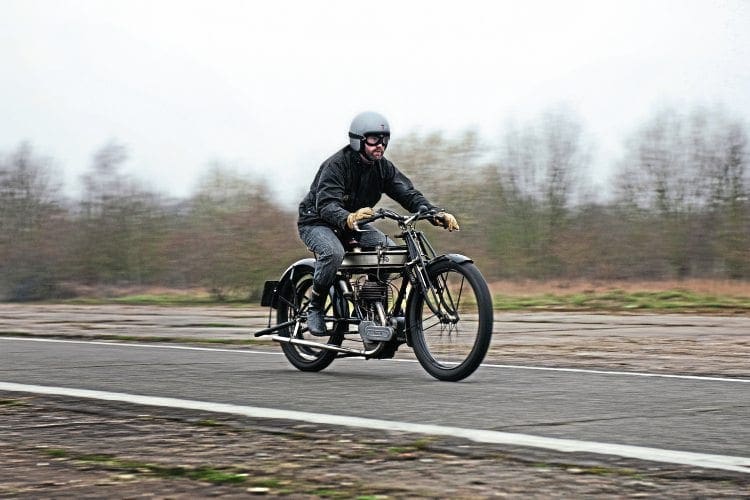 I’m never going to know, for example, what a brand-new, fresh out of Stevenage Vincent Black Shadow was like first time out, or whether a flat-tank Model 18 Norton, as delivered to its first owner, handled beautifully… or not. The reason I mention the Norton is a friend of mine had two, seemingly identical machines – one handled, the other just didn’t. Had they been like that since new? Or was it the intervening years which had made one good, and the other bad, say with one having a harder life than the other? Or did they both start off as bad, but one was improved by an owner with an agenda to do so, while the other was just left ‘as was.’ So which one was more representative of what the machine was like as new? We can, really, never know.

It is also dependent on what parameters we judge things by. I don’t ever look at the motorcycles I’ve ridden and say which was the ‘best’ (which is how the question is often phrased when asked) rather, the most memorable. As how can you judge what’s ‘better’ between a 1915 BRS Norton (shown below) and an early 2012 Ducati Pannigale, two of my most memorable, and, really, in terms of ‘best’ (as in able to do everything well) then neither scores highly at all. Actually, the flat-tank 16H I’ve ridden is inarguably a better (i.e. more usable) bike than a BRS, and the 899 ‘baby’ Pannigale I had a go on likewise than the 1199 original.