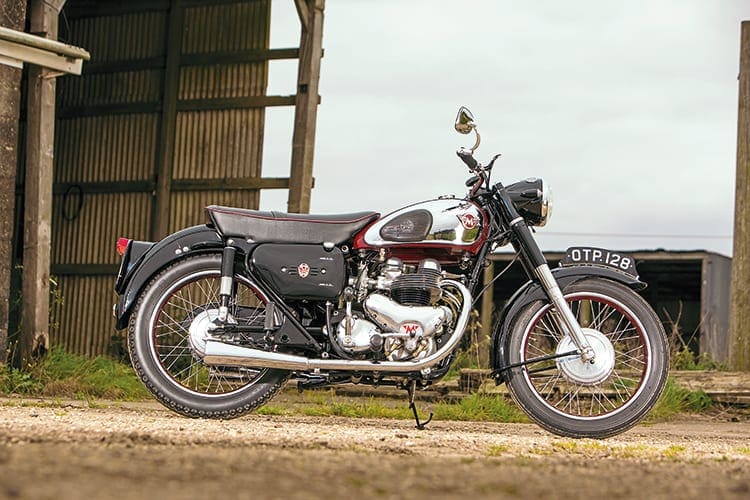 It is a fact of life motorcycles deteriorate when stored, it doesn’t matter how good the storage facility is, the environment will have an effect on the various surfaces. Aluminium will dull, paintwork likewise, tyres deflate, grips perish and so on. If you don’t believe me, just ask any museum curator, from the National Motorcycle Museum to the Lakeland Motor Museum and even your local collection wherever it is, and they will all say it is a constant battle to keep machines looking good. It’s the same for us private owners as even leaving the bike in the garage for a few days can mean it dulls off, but it is human nature to view the machine as it was when either new or freshly restored, ignoring the effects of time.

Looking at Glenn Barker’s immaculate Matchless G11 Super Clubman, it is hard to believe his description of what it was like when he bought it. “It was awful,” he grimaces at the recollection, “the poor thing had been wheeled into a chapel in Devon, where the owner was living, and stuffed under the pulpit… for 43 years!” Glenn went on to tell me the chapel itself was less than pristine and a steady stream of water from a hole in the roof had dripped on to the petrol tank and rotted the steel through. “In fact, the only saving grace was the whole bike was complete,” he says.