The Series A Rapide racer was a machine which changed the history of the Vincent motorcycle company.

‘Legendary’ is a term that is, frankly, bandied around more than is appropriate or necessary. But this motorcycle is that – it is a machine which created a legend and which fuelled the dreams and fantasies of more than one generation of schoolboys. Admittedly, the first generation of short-trouser wearers would have been during the Second World War, while I may have been the only schoolboy from my generation (or at least one of a few!) fascinated by the legend and story, and the image of Ginger Wood, front wheel aloft, at Donington Park in 1938. For during the Second World War, the picture was used in publicity material, reminding people that as soon as hostilities ceased, they should be looking towards a Vincent-HRD to provide their thrills.

But what had made Phillip Conrad Vincent (PCV) decide to take a Series A V-twin racer to Donington Park on that early August bank holiday? Well, to prove a point, of course. The Series A twin was already establishing a reputation as the fastest motorcycle in the world, and what better way to underline it, than to pitch up at Donington and stick it to the roll call of racing stars on their pukka, purpose-built motorcycles, with a production-based, ohv job. Though perhaps it wasn’t known at the time, it was also, ultimately, that day which changed the destiny of the Vincent motorcycle company.

Writing in 1966, in a series for Motorcycle Sport magazine, Vincent said: “I didn’t realise it at the time, I feel that the postwar Vincent twins were conceived that day.”

So, really, a seismic event in the history of the Vincent company, British motorcycling and world motorcycling.

Read more in the September issue of TCM – on sale now! 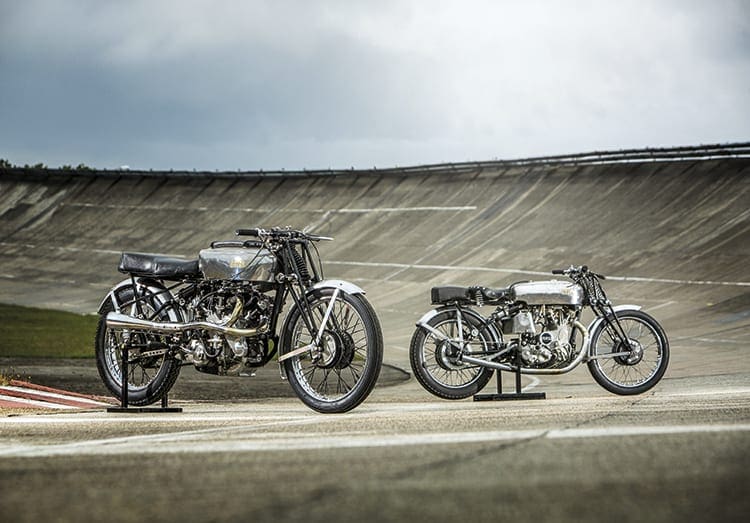