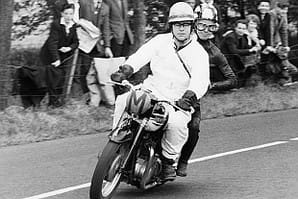 In 1964 he simply retired in the 125cc race. He was out of luck in the 250cc race too; though he set off at a flying pace on a year old works Yamaha, he was forced into repeated stops when the plugs fouled up and he had to call it a day.