Not used since being bought by the vendor in 1978, the rare Vincent is accompanied by some technical correspondence between a previous owner and the factory covering engine modifications. While it cannot be confirmed, it’s thought the bike could have competed in club sprints during the 1960s. 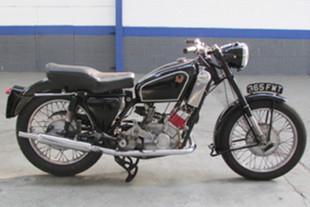 And for those wanting to relive their 1970s teenage bus-stop burn-up years, a concours-condition 1976 Yamaha FS1E-DX fits the bill nicely, and is estimated at £4000-6000.

Doors open at 10am, with the sale of automobilia starting at 12 noon and the motorbikes thereafter.