Unique’ is an oft-overused word, but that is the only fitting term to describe the achievements of John Surtees, the only man to be world champion in the blue riband category on both two and four wheels. 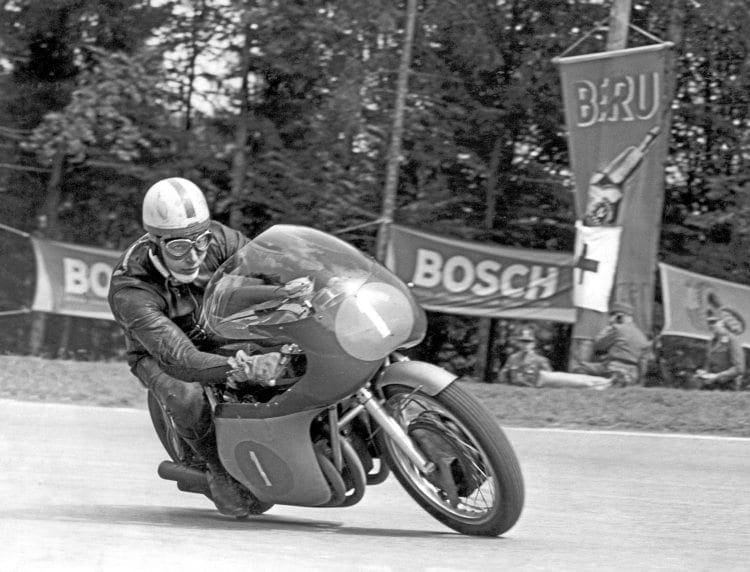 Born on February 11, 1934, in Tatsfield, Surrey, John was the son of Jack, a regular sporting competitor as well as proprietor of a motorcycle shop in Croydon, south London. Aged 15, John joined his dad in the business, then made his racing debut at 16.

By the time he was 17 he was an apprentice at Vincent and racing – and winning – on a Grey Flash. The rise of Surtees was meteoric – at just 18 he came sixth in the 1952 Ulster GP, on a Featherbed Norton. There were factory Nortons for the 1953 TT (though a practice crash ruled him out), plus lots of domestic success aboard Bob Geeson’s 250cc REG.

A first GP win came in 1955 on a 250cc NSU Sportmax; at 21, John was the youngest winner of a Grand Prix. He was still racing Nortons, as well as occasional outings on other machines (including a works BMW at the Nurburgring) but Surtees’ ambition was to beat Geoff Duke in Grands Prix. To do that he needed more than the single cylinder Norton.