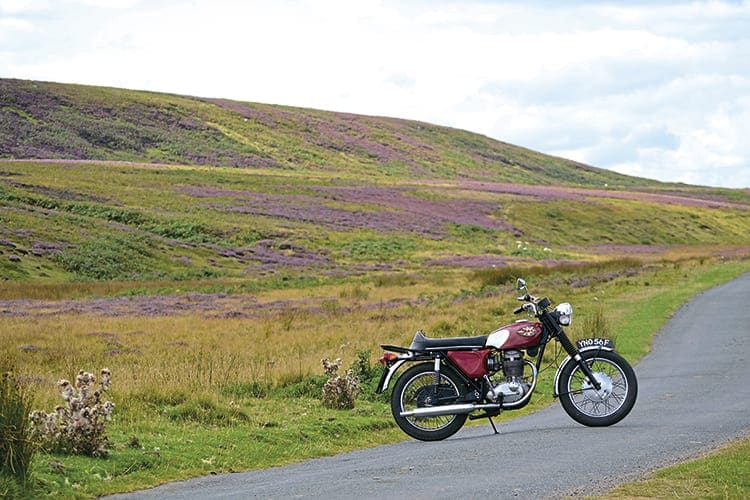 Win on Sunday, sell on Monday… or… ‘success breeds sales’, which is just as well because BSA was doing some winning in the 1960s.

Remember the television in the 1960s? The actual device, rather than what it was showing? Yes, it was a masterpiece of the cabinet maker’s art, and as much a part of the furniture as the sofa or dining table… probably as big too, and it took hours to warm up if the valves were on the way out.

To be honest, mobile phones in 2017 have bigger screens than tellies back then, a clearer picture too. Mind you, now and again in the 1960s something would come on that was guaranteed to have motorcycle enthusiasts glued to the miniscule black and white screens… yes, scrambling! How it came about both channels were screening scrambling during the winter months is nicely explained in Ian Berry’s book, Motocross on Air.

Anyhow, for several weekends at a time the Grandstand and World of Sport programmes would squeeze in a few off-road races between the rugby league and horse racing. Inevitably, given the time of year, these races would end up looking like a battle for survival as the weather reduced the track to a quagmire and riders to muddy blobs. Murray Walker’s distinctive tones would ring out from the set describing the action and the riders at the sharp end of the results with phrases such as “…leading the field by a long way is world champion Jeffery Vincent Smith on his factory BeeEssAyy Victor…” thus providing BSA with valuable publicity for its unit single range, comprising the B44 Victor Shooting Star pictured in this feature, and the learner-legal 250cc Starfire.

To be honest, looking back at those halcyon days of outside broadcast, while Murray was quite confident of his rider identification skills, as far as we were concerned it could have been anyone slithering around the track in all that mud. No matter, our interest was on the telly and while the factory bikes were super trick, there was enough of a resemblance to the roadsters to stir up the blood of anyone wanting to go off-road racing, because there was Jeff racing a Victor and, look, you can buy a Victor at the dealer in town. To digress slightly, we’d love to hear if anyone did do just that…

The actual Victor GP was quite a specialised machine, with chrome plated bore in the barrel, an oil-bearing frame and innumerable other slight differences to the roadster, but there was at least one factory machine in 1967 with a development Victor roadster engine in. John Banks raced it, albeit in a proper GP frame.

BSA itself played heavily on the ‘developed in MX’ mantra for its advertising, stating the bikes that were tough enough to last a GP season were certainly tough enough for ordinary road work. The company also played heavily on the psyche of the younger male too by using an attractive girl in its advertising and even offering a seat cover for the Victor with the young lady’s image printed on it, yours for 13s-6d including p&p… wonder how many takers there were? Clearly different times…

The featured Victor marks a bit of an ending for the model as, thanks to the majority of the factory production heading to the USA, a decision was made to end use of British thread forms such as BSF and CEI in favour of Unified. One can imagine the nightmare in the spares department coping with that change. As it is a 1968 model, it wears the single leading shoe front brake and has a glass fibre petrol tank, both of which would go for 1969.

Mention of the petrol tank at this point is deliberate as the glass fibre ones have certain issues with modern fuel and a glance at Cliff Carr, the owner of our test bike, gains a raised eyebrow. “Did Robin tell you I didn’t hear the bike running before I bought it?,” he asked? Our mutual friend Robin, a leading light in the local classic club, hadn’t told me anything really, other than the Victor Shooting Star was a nice looking machine.

Cliff continues, telling me he’s owned the bike about five years and while he’s done a bit of work on it, he didn’t restore it. “I really should have heard it running though,” he allowed, before adding: “When I got it home and tried to fire it up, it wouldn’t even cough, not a dickybird.” There was a good spark, fuel in the tank, the timing was correct but nothing. Despite the fact fuel was flowing to the carb and even depressing the tickler brought petrol through the bleed hole, it was obvious it wasn’t getting to the engine. 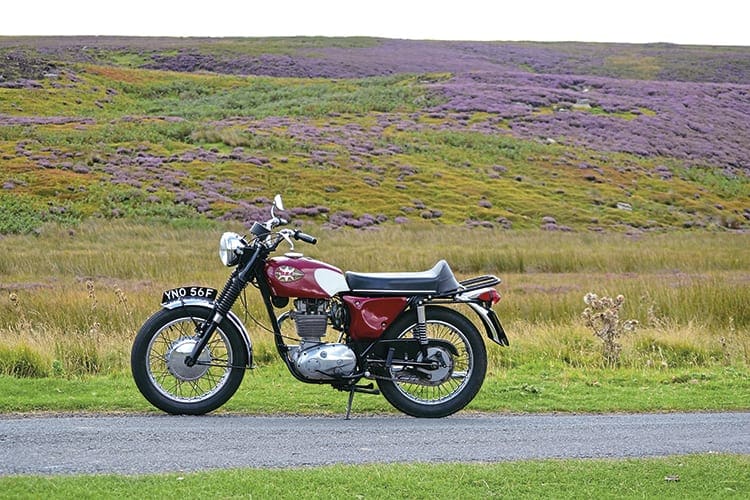 Read more in the December issue of TCM – on sale now!