The BMW story actually starts in Munich in March 1916 when Karl Rapp and Max Friz founded the Bayerische Flugzeugwerke AG to design and manufacture aero, engines for the fast expanding German air force. As is obvious from Richthofen's letter they were successful from the start.

Soon after the end of the war a BMW-powered bi-plane set a world altitude record of nearly 32,000 feet and BMW's aerial heritage is perpetuated by the blue and white quartered badge which symbolises a spinning propeller. 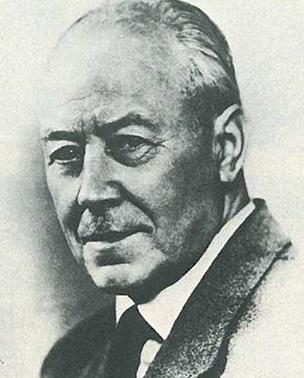 But forbidden by the Peace Treaty to engage in aviation design BMW turned to producing power units for a variety of uses — including boats, trucks and light motor cycles. Realising the need for a light, reasonably powerful engine with fully enclosed valve-gear a team headed by Martin Stolle set about the design and development of 'a 500cc horizontally-opposed engine — known in the company as the M2B15. It went into production in 1921 and was used by a number of small German manufacturers to power their top-of­the-range models — Victoria, Bison and Corona among them.

It was when these companies began to build their own engines that BMW realised that the future lay in marketing complete machines. So they slotted the fore-and-aft, Douglas-style M2B15 engine with chain drive into their own frame and this went on sale in 1922 under the brand name Helios.

The machine did not sell. Friz, disgruntled at the switch from aero­engine design suggested to managing director Popp that they find a deep pond and throw the lot in. Popp coun­tered by making Friz responsible for the development of a machine worthy of the BMW name.

Friz was far from enthusiastic and demanded fringe benefits, including a stove for a room in his house which he converted from a spare bedroom to a drawing office for work on the new project. Legend has it that he sketched his first outline for the R32 on a beer mat in Popp's office and the most notable feature was that Friz's engine was designed to be mounted across the frame.

1923 Paris Show
The outcome of Friz's 'home­work', the 486cc R32, proved to be the sensation of the 1923 Paris Show and founded BMW's fortunes as one of the world's major motor cycle manufacturers. Compression ratio was 5 to 1, maximum revs were 3,300 and the power output of the side valve engine was just 8.5 horse power ­giving a top speed of around 55mph. 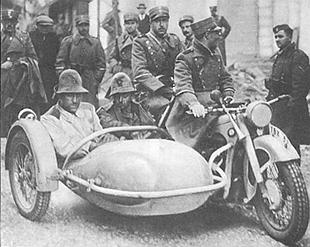 BMW were not of course the first to mount a flat-twin engine across the frame. Granville Bradshaw beat them to it by a clear four years with his ABC of 1919. But the German company can justly claim to have perfected the layout and to have improved it by ad­ding shaft-drive.

A sports engine followed a year later (R37) and in 1925 a 250cc model with orthodox, vertically mounted, single cylinder engine (retaining the shaft drive) was added to the range.

In 1926 the factory's chief tester Rudolf Schleicher won a gold medal in the ISDT and two years later a 750cc  model, the R62, was launched. The same year total motor cycle production topped the 25,000 mark — not massive by Japanese standards but in those days it put the Munich factory among the top makers.

Ernst Henne was the first to achieve world fame on BMW machines. He won the Italian Targa Florio in 1928 and a year later broke the world record when he clocked 134.68mph for the flying mile. Henne's BMW was a supercharged 750cc.

From then until the outbreak of war in 1939 Henne and BMW were seldom out of the record breaking news. Using first 500cc and 750cc supercharged BMWs and later just a 500cc model, Henne set a multitude of records in­cluding the most important, from a publicity point of view, the absolute speed record for a motor cycle regar­dless of engine size.

Meanwhile on the production front BMW made history when they were the first factory to fit a telescopic fork to a roadster. That was in 1935 and 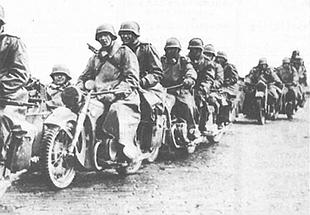 A long struggle for supremacy in the 500cc class of road racing finally bore fruit in 1938 and 1939 when the beautifully engineered and extremely light supercharged 500cc BMW (at just 3021bs they were the lightest bikes in the class, 1031bs lighter than the super­charged four-cylinder AJS) scored a number of successes — including first and second places in the 1939 Senior TT. Winner was of course Georg Meier the factory's top road racer and also a successful ISDT rider, with Jock West second.

During the war thousands of the 750cc R75 army sidecar combinations were built. The side-valve, 26bhp engine was coupled to an eight-speed transmission with two speed reverse and sidecar wheel drive, The machine, ready for the road, weighed 9241bs and had a top speed of around 55mph.

As in the first World War BMW also made aircraft engines, including the radial units used to power the legen­dary Junkers 52 transporters, the Luft­ waffe's maid-of-all-work. During the final period of the war the Munich fac­tory was completely destroyed and it was not until 1948 that motor cycle production started again — with the single cylinder 250cc R24.

The first postwar twins, the R51/52 series appeared in 1950 and were quickly followed by the R68, the first German production motor cycle with a top speed of over 100mph.

Re-admitted to international racing in the early fifties, BMW sidecar crews were soon challenging for honours and in 1954 they broke the Norton domination of the three-wheeIer class when Willi Noll and passenger Fritz Cron won the World Championship. It proved to be the start of a BMW reign which lasted for 21 seasons, Klaus En­ders winning the final BMW sidecar crown in 1974. 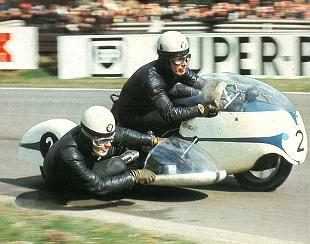 The factory also contested the 500cc class with Walter Zeller, a wealthy Bavarian sportsman, their most suc­cessful rider though in un­supercharged form (only normally aspirated engines have been allowed in international racing since the war) the BMWs were never quite able to match the best of the rival machines.

In 1969 motor cycle production was moved from Munich to Spandau in Berlin and in 1973 the 900cc models were introduced, the largest' capacity BMW motor cycles ever to be offered for sale. Rounding out the range 450cc and 650cc twins were added in 1978 and the sporty R8OGS with single-sided rear swinging arm suspension joined the stable in 1980.

Although they had faded out of road racing BMW made a comeback in off-road sport by contesting and winning the important Paris-Dakar rally in 1981 — and despite massive efforts by Honda and Yamaha, BMW won again this year proving that the across-the­frame, horizontally opposed twin still has a lot to offer.

Now, as they celebrate 60 years of production, during which they have built half a million flat twins, BMW are about to launch a revolutionary, four-cylinder machine, code named the K100 but traditionalists, and all who enjoy riding BMWs, need not worry. For the factory have no intention of dropping the twins that have served them so well for 60 years.