MV’s 4C, introduced for 1966, was not what prospective purchasers and schoolboys the world over dreamed of. Imagine if MV had made this instead… 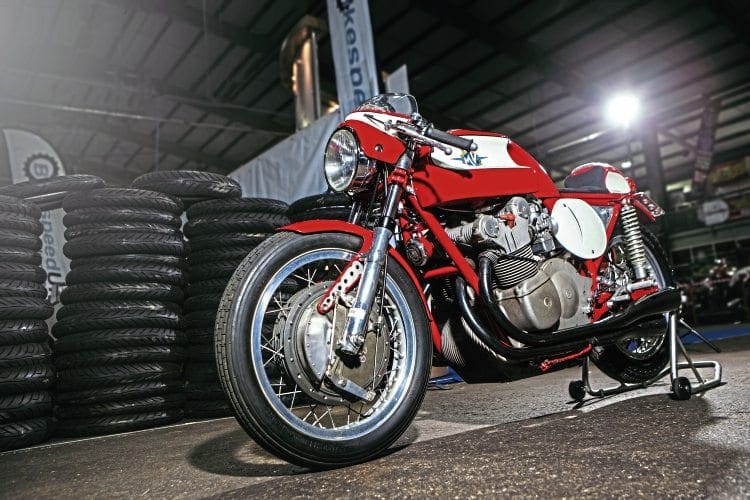 Amulti-cylinder MV Agusta roadster had been the dream of enthusiasts ever since the four-cylinder racer made its bow in 1950, with the R19 Turismo shown at the Milan show late that same year.

Despite the ‘Turismo’ name it wasn’t really fooling anyone – it looked every inch the GP racer on the road. Enthusiasts were surely salivating at the prospect – the well-heeled so they could purchase, everyone else so they could just see one.

In 1950, the MV Agusta name was largely still in
its infancy, the racers not really proven, so while people were enthusiastic and excited by the prospect of the four-cylinder road burner, it was more to do with the fact of what it was (i.e. a dohc across the frame four) than the fact it had ‘MV Agusta’ on its flanks that had them drooling like Pavlov’s dogs at the sound of a bell.

But during the 1950s, MV Agusta’s stock rose, initially as the firm claimed world titles in the small capacity classes, before adding honours in the larger categories. Top level riders were recruited – often British – then from 1957 and the withdrawal of all the other main Italian players, MV entered a period of domination so absolute that in the period 1958-1965 a rider literally had no chance of world title success in the blue riband 500cc class unless MV-mounted.