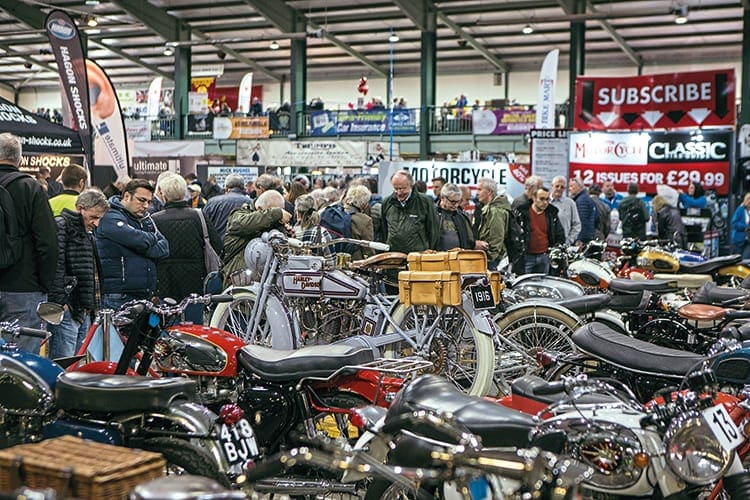 As usual, The Classic MotorCycle Show will bring you a fine selection of everything needed for a weekend of motorcycling indulgence, this year being held over April 21/22.

Guest of honour will be Neil Tuxworth, Honda’s racing boss, though also an owner of a veteran Rudge Multi among others too. 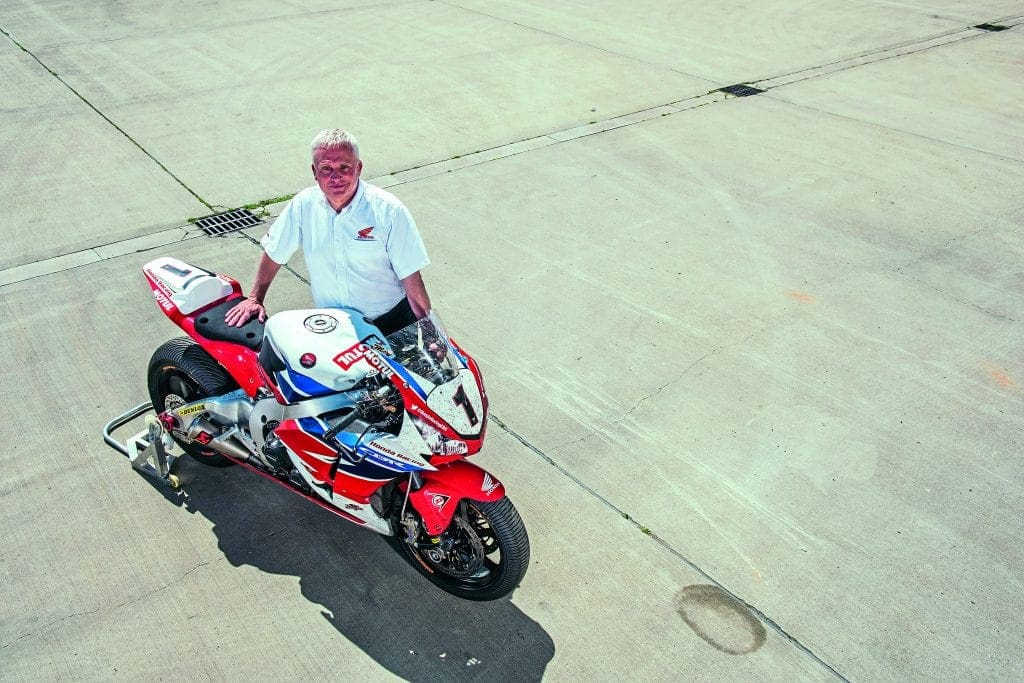 Racing legend and ‘King Maker’ Neil Tuxworth has been confirmed as the guest of honour at the 38th Carole Nash International Classic MotorCycle Show on April 21-22 at Stafford County Showground.

From his first track outing at Cadwell Park, in 1969 aboard a humble BSA Bantam to racing in British National and International meetings and scoring podiums and wins – Tuxworth has had a storied career on two wheels. He followed the Continental Circus as much as possible, scoring Grand Prix World Championship points in the UK, Austria, and Finland, and his desire to race anything with two wheels that saw him compete in motocross, sand racing and even ice racing during the winter months. And with a love of road racing, it was inevitable he would be drawn to the greatest challenge in motorcycle sport – the Isle of Man TT – racking up a Manx Grand Prix win, a runner-up spot in the Formula 2 TT and five third places.

In 1986, he came very close to paying the ultimate price for his sport. A huge crash at Aberdare Park had medics and Neil’s family initially fearing for his life. He battled through, only to be told he may never walk again. Malc Wheeler, Mortons Media Group associate director and a friend of Tuxworth’s, recalled how he witnessed his fight back to fitness: “Believe me, inside the pleasant, well-mannered man you’ll see on stage at the show is a true man of steel. Obviously after a warning like that you hang up your leathers? Not Neil. It’s going to be fascinating listening to all the stories at the show, I’m sure there are some I haven’t heard!”

In later years, Neil is most widely known for managing many of Honda’s racing efforts. He was the man looking after Joey Dunlop, John Kocinski and Colin Edwards to name but a few – and helping Honda win multiple World and National championship titles in the process.  It’s guaranteed that Neil’s time on stage at the show will be entertaining. With so much achieved in all aspects of racing and race management, his stories are sure to captivate.

The Carole Nash International Classic MotorCycle Show at Stafford is the biggest classic bike show in the world. It’s packed with thousands of classic machines and is the natural home for bike clubs to meet and show off their motorcycles. It boasts the largest autojumble anywhere in the UK too – so with hundreds of traders selling everything from bikes to books, you don’t need to be crazy about motorcycles to enjoy a great day out. 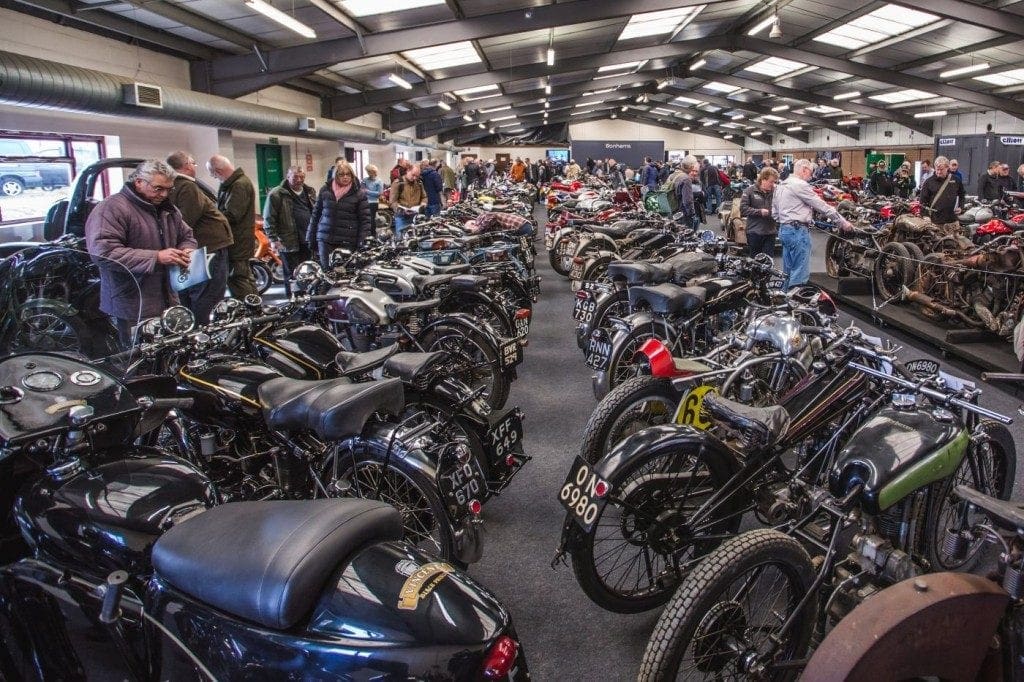 To accommodate a bumper crop of consignments, Bonhams has extended its spring sale to two days at the International Classic MotorCycle Show this April.

Across the weekend of April 21-22, the largest ever Bonhams Spring Sale of classic and collectors’ motorcycles will take place at the International Classic MotorCycle Show at Staffordshire County Showground. It’s been split across two days to over 300 motorcycles – including several single-owner collections, from pre-war American machines to modern Japanese superbikes.

It’ll kick off on the Saturday at 2pm, beginning with an impressive collection of memorabilia and more than 100 lots of spares, including many new old stock items, frames, engines and highly sought-after Vintage spares. A range of important trophies will also be offered, including those won by Mike ‘The Bike’ Hailwood, two Manx Grand Prix trophies and the seriously rare Air Sea Rescue Vincent Two-stroke 1942 Lifeboat engine.

Following the spares and memorabilia sale, Bonhams will be offering up the Tan House Collection, which comprises of 60 barn find machines, including a wide selection of machines from Britain’s finest manufacturers from the 1910’s-1960’s in addition to an eclectic mix of European and Japanese lightweights, accumulated by their enthusiast owner over the past three decades. Many are in outstandingly original condition, and all are ripe for restoration. 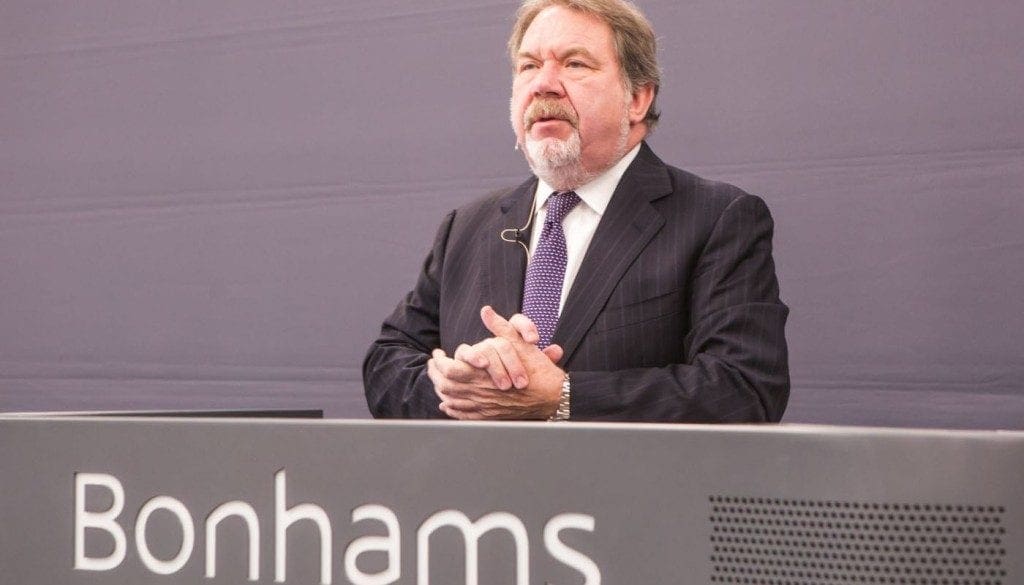 Highlights from the Tan House Collection include:

Bill To, department specialist and the consignor of the collection at Bonhams, commented: ‘This is a fantastic collection, and one that we are very proud to offer. It has everything a keen restorer could hope for, and many of the machines are in impressively original condition having been untouched for the past 30 years. This is the finest genuine patina on the market!’

James Stensel, Bonhams Motorcyles Head of Department said: ‘We are delighted to announce another two-day Stafford Sale, to be held on the 21st and 22nd April. Bonhams have long been the auction house of choice for interesting and important one owner collections. The consignment of The Tan House Collection will make for another incredibly diverse Stafford Sale, which has long been Europe’s largest, longest running and record-breaking collectors’ motorcycle auction.’