Ducati 1950 – Italy
Founded in 1926 to produce radios and electrical components, the Bologna factory diversified into military equipment before WWI, after which they began making Aldo Farinelli designed 48cc Cucciolo cyclemotor units. Following a brief partnership with Aero Caprioni, Ducati displayed a 60cc motorcycle at the 1950 Milan show, powered by a stretched Cucciolo engine. A selection of 65cc and 98cc models appeared for 1952 along with the 175cc four stroke Cruiser scooter and Britax began importing Ducatis into the UK – especially the Cucciolo for which they made frames.

Ing Fabio Taglioni joined Ducati to develop racing motorcycles, which led to some advanced work on dohc valve gear in 1955, their first dohc racers and GP points coming in 1956 from Sandro Artusi in the 125cc race at Monza. Desmodromic (derived from two Greek words meaning controlled run) valve gear operation came a year later. The model 55 range of Cucciolo engined mopeds appeared in 1955, 125cc ohv roadsters in 1956 and 175cc models in 1957 – all with single cylinder ohv engines. The first road going ohc singles appeared in 1957 too.

Finishing second in the 1958 125cc constructors’ championship with Alberto Gandossi (second), Luigi Taveri (third), Dave Chadwick (fifth) and Romolo Ferri (sixth), put Ducati on the world map. A year later the 200 Elite appeared along with the 200 Supersport, 200 Americano and 200 Motocross. Racing parts became available and specialist shops started to prepare the Bologna singles for racing from roadsters. In 1961 the Monza (Ducati’s first 250) was unveiled.

Badge engineering entered the Ducati catalogues and the US market Diana was marketed as the Daytona in the UK. The hot 250cc ohc single Mach 1 appeared in 1964, the narrow case 250cc Mark 3 in 1967, both followed by the wide case version and the Monza a year later.

The wide angle 1260cc Apollo, conceived in the mid-Sixties was destined for America and the single cylinder Desmo roadsters in 250, 350 and 450cc form came to the UK in 1969. But the real shock came a year later when Ducati entered the V-twin market – a style of engine many considered dead – with a 750cc valve spring version.

In 1972, Kent racer Paul Smart established the big twin’s credentials with a startling win at Imola, with Bruno Spaggiari second. Singles were all but dropped from the range in 1974 although two-strokes lingered on. Launched in 1975, the 860GT enjoyed a mixed reception for its looks and poor electrics and the ill fated parallel twin appeared a year later. 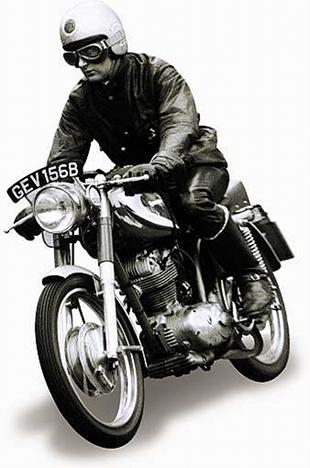 Ducati’s fortunes received a boost when Mike Hailwood returned to the Island after an 11 year break and won the Formula One TT on a Steve Wynne prepared 900SS in 1978. At the same time Taglioni was working on a new generation of Desmo V-twins with belt driven cams, and the first production model, the 500cc Pantah, appeared in 1979. Behind the scenes, the state owned Ducati factory was losing its way and Cagiva bought it in 1985. New models were launched, racing was approached professionally leading to World Superbike successes led by Carl Fogarty. By 1996, Ducati’s financial fortunes were slipping and the American Texas Pacific Group bought a major holding from Cagiva. Production levels were doubled to 28,000 motorcycles per year and the company was successfully floated on the New York and Italian stock markets in 1999. The firm’s future again looked sound.

Ducati (Mototrans) was established in Barcelona (1959-79), to build Ducati machines in Spain. Many of Bologna’s favourites including the Elite, 160 Sport, Cadet and 125 Sport were built as near replicas, while the attractive 24 Horas was based on the Italian 250cc single and the four cylinder racer was something completely different.

Post 1960 classic Ducati singles are served by a healthy, but at times expensive, spares back up but a ride on many of these superb – and quick – lightweights makes the cost worthwhile. The Spanish made variants offer good value for money but remember journalists of the day re-christened the ‘24 Horas’ the ‘24 Horrors’ thanks to suspect cams. However, these faults can be rectified.

Dunelt 1919-35 and 1955-56 UK
Dunford and Elliot (Sheffield) Ltd began manufacturing motorcycles in November 1919 at an engineering subsidiary in Birmingham to help keep it open following the end of WWI military work.

The launch model was an unusual supercharged 499cc single cylinder two-stroke. A stepped piston inhaled 770cc of fuel vapour which was forced into 499cc of combustion chamber. A crude form of supercharging maybe, but Dunelt made play of the fact by introducing a cartoon character ‘Professor Supercharge’ in their promotional material. A reliable slogger rather than a hot racer, the Dunelt was often found hitched to large commercial or family sidecars. A 250cc version followed, the 499cc was dropped in 1927 and by 1929, Dunelt began installing Sturmey Archer (whose gearboxes they already fitted) engines including an overhead face cam 250.

Business slid, the Birmingham factory closed and motorcycle production transferred to Sheffield. A variety of proprietary engines, including Rudge Python, Villiers and Sturmey Archer, were used. Dunelt briefly re-entered the two wheel scene in 1955, displaying a 49cc moped at the 1955 Motorcycle Show, but it never went into full production. 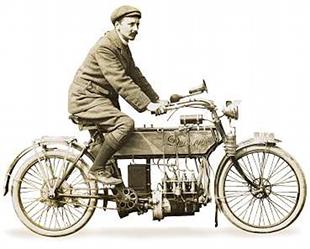 Durkopp 1901-60 Germany
Nikolaus Durkopp founded the Bielefeld company in 1867 and later made cycles before Durkoppwerke designed their first motorcycle in 1901. A range of solidly made singles, V-twins and fours followed. Motorcycle production ended before WWI. During the Thirties, Durkopp re-entered the motorcycle market with a range of 60-98cc bicycle ‘clip-on’ units.

In 1949 Durkopp launched a selection of 98-123cc two-stroke motorcycles with Sachs, Ardie and Ilo engines. Soon 150-200cc models followed powered by Durkopp two-stroke single cylinder engines and a Sachs powered moped. At the height of the scooter boom in 1954, they launched a scooter in a blaze of publicity when ‘Miss Germany 1954’ posed on her prize, the superbly built Diana TS 175 (named after the Goddess Diana). In 1959 the scooter grew into the 60mph Diana TS200. Durkopp built 24,963 scooters in six years.

Some engine spares can with effort be sourced for Sachs, Ilo and Ardie units along with some for Durkopp’s own two-stroke motors. Like many rival German marques, Durkopps were made to withstand hard use.