This pair of International Nortons both have a 1950s Clubman TT history and share an engine, but they are from different ‘generations’. 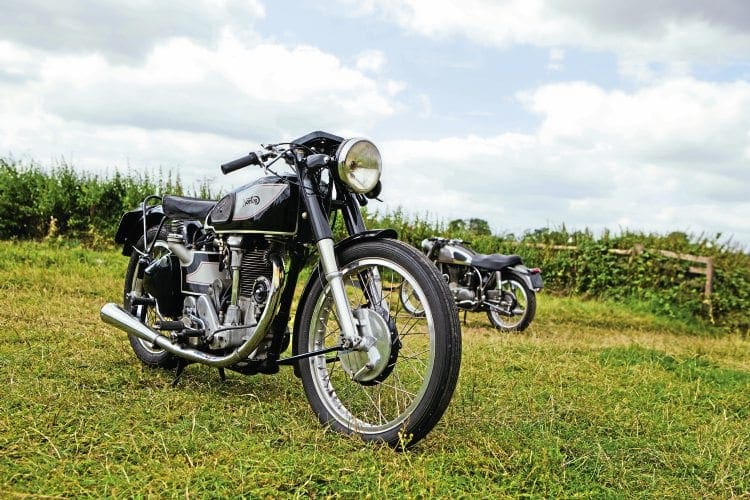 Stood alongside one another, what is most obviously apparent about this pair of International Nortons, built just two years apart, is the differences, rather than the similarities.

But actually they have more in common than they don’t – but that’s the power of packaging, for want of a better phrase, with the Featherbed-framed machine seeming not two but 10 years the younger.

It’s also not as if this pair of machines were envisaged for different tasks – in fact, both were ordered and purchased for the Clubman’s TT, the pinnacle of production racing during the 1950s, the silver-and-black ‘Garden Gate’ version first competing in 1951, the ‘Featherbed’ framed polychromatic grey machine in 1953.

In another link between the two, the man who rode the Garden Gate in the 1951 TT (Isle of Man butcher Bob Mawson) was also in the 1953 race, riding a sister bike to this one, which was ridden to sixth place in that year’s event by Wakefield’s Harry Plews.

Read more in November’s edition of the TCM