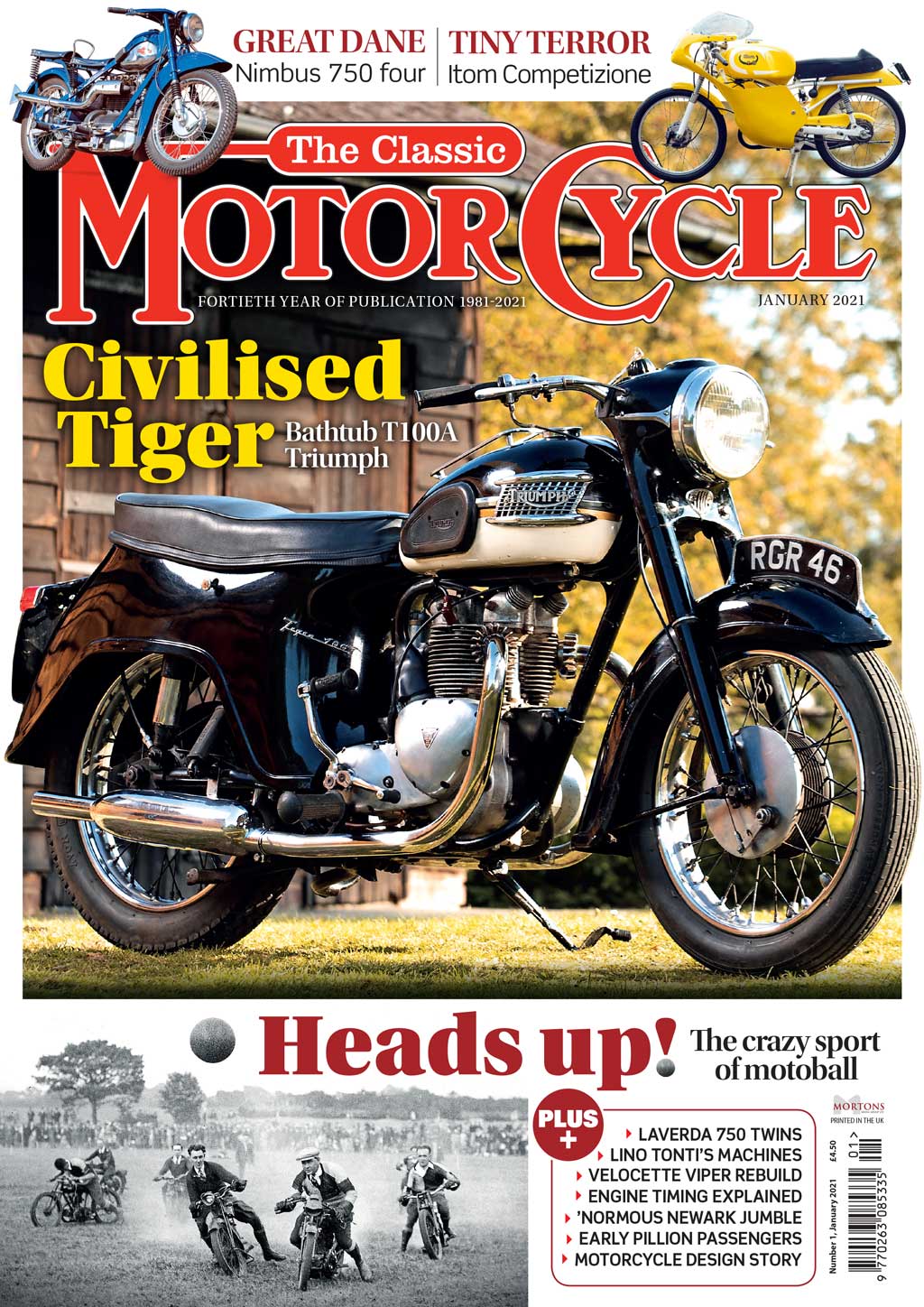 The first issue of the 2021 calendar year – and I’m sure we’re all hoping for a better season than the one that’s gone before – sees us feature, as our cover star, the Triumph Tiger 100A.

This divisive, unit construction engine model endured some ridicule on its release, its bathtub rear end styling, full front mudguard and 17 inch wheels at odds with everything the old rip snortin’ Tiger 100 had stood for. Some wags reckoned it was the motorcycle which (in a subversion of the popular phrase) ‘looked like it was stood still when it was doing 100mph…’

So now, how do we assess it six decades on from its debut? Well, Steve Wilson rides a lovely, unrestored example and comes away – mostly – impressed by this willing, surprisingly lightweight Tiger. Despite now sporting its civilised suit of clothes, there’s still something of the old, wilder undomesticated big cat just below the surface.

Elsewhere in the issue, we’ve the remarkable, Danish made inline four Nimbus – which will cost you about a quarter of any American inline four – and a 50cc Itom Competizione, raced at the 1962 50cc TT, now used on the road. Other features include the ongoing rebuild of our Velocette Viper, continental touring 1931 style, readers’ questions answered, and technical advice and discussion on engine timing and motorcycle wiring.